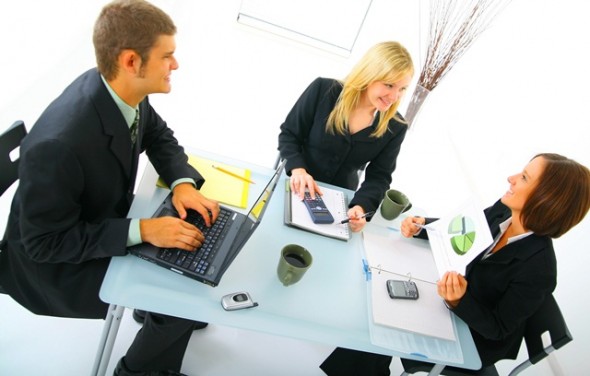 And no, it’s obviously not biological.

There are countless reasons that women are held back in business. There are sexist bosses, the ever-present age gap, and lack of access to daycares. (Did you know when men have children they get a raise and when women they lose income?) But there are some things that women can do to help themselves to get ahead. One of the biggest reasons women are held back in business is simply because they don’t assert themselves.

And it isn’t their fault.

Women are taught from an early age that they should be timid. Patience, we are taught, is a virtue. In contrast, boys are allowed to run rampant, told that “boys will be boys” and excused for their rambunctious behavior. Girls are taught to wait their turns, raise their hands, be quiet, wait.

How does this translate to the workplace? Down the line these habits are engrained in our personality and affect the way that we interact with people. In adulthood even if a woman has acquired a knack for being assertive about herself and her voice, there are some subtler differences between herself and her male coworkers that we don’t always think about.

This is a problem that all women in business can fix, by simply asserting themselves. And not just themselves, but young girls. We need to work on raising assertive, confident daughters who are not afraid to stand up and demand better wages and better treatment. We need to teach girls, the same way we teach boys, that they should never settle—not in the workplace, or relationships, or ever. It starts at home, and it continues for the rest of their lives.

About Author: Whitney Lamar is a recent NYU graduate, currently working her way up at a law firm in New York. She writes a lot about malpractice and workplace negligence, especially mesothelioma, but her true passion is in women’s advocacy and self-sufficiency.