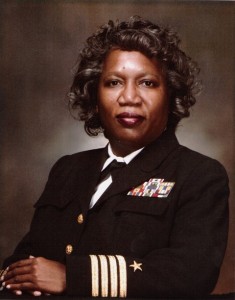 Sylvia: Hi Gail. It is such a pleasure to interview you.  Thank you for your time and dedication in serving our country.  I am honored to share your story with my readers.
Please give our readers a brief introduction of yourself and a little about your book.
Gail: Thank you Sylvia. I was raised in a poor neighborhood in Newark, New Jersey.  At the age of 5, I saw a WWII themed movie called ‘Wing and a Prayer” starring Don Ameche.  Mesmerized by a scene of the actor briefing Navy pilots before the climactic Battle of Midway scene, I decided that was what I’d do when I grew up.  Unaware of the existence of a federal law which prohibited women from being assigned to jobs that involved going into combat, one that would not be changed until 1994; I forged ahead with my dream.  In 1973 I broke a 200 year old tradition and became the first woman in Naval History assigned to a combat job 20 years before the laws changed.  I was assigned as an Intelligence Officer in a Navy aviation squadron and at my retirement in December 2001, I was the highest ranking African American female in the Navy.  My career included hands-on leadership during every major conflict from the Cold War to El Salvador to Desert Storm to Kosovo and at the forefront of one of the Department of Defense’s newest challenges, Cyber Warfare.
I was the first female or first African American for every job assignment and frequently hand selected for challenging jobs based.  In August 1988, I was pulled from my Hawaiian assignment 18 months early and sent to South Korea to head up the Defense Department intelligence support for the 1988 Olympics; a task that involved extensive coordination with U.S. and South Korean military, intelligence and civil agencies. 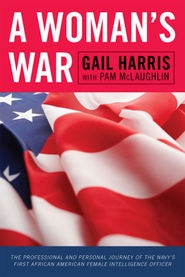 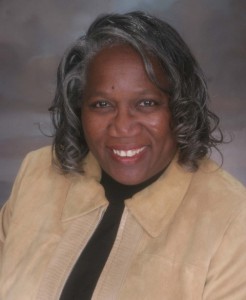 writers very valuable.
Sylvia: Why should we buy your book?
Gail: Whether we want to admit it, we’re all battling someone or something.  Who or what is it for you?
Are you dealing with an office bully? Fighting your organization’s status quo mentality?  Competing for a job or special project?   Racing to be the first in your field?  Problems with racism, sexism or any other ‘ism?’  Perhaps your battle is more personal, a struggle against depression, weight gain, or substance abuse.
I successfully dealt with all that and more spending most of my life fighting a system and a professional community that didn’t welcome females, African Americans and people who didn’t fit the “physical image” of a Naval Officer.  From an early age, I fought to overcome prejudice to prove I had the talent and determination to succeed despite those who preferred I’d give up and go home.
In my memoir, I reveal how I found the strength and intelligence to prevail.
I identify and explain the techniques I used to build an international career as a pioneering intelligence analyst and War Gaming Staff member at the Naval War College.  More importantly, I show how readers can use those same techniques to fight and win the battles they face on a daily basis, on and off the job.
Conflicts are a fact of life. Everyone is prejudiced against some group or thing. Your task is doing your homework to learn and understand what is needed for success in your chosen career.  In a time where being nice can be interpreted as weakness, it is important for everyone to learn how to hold their ground and fight for what’s important to them.  My inspiring book introduces fourteen intelligent strategies anyone can use to stand strong and prevail in the face of institutional and interpersonal obstacles so they can achieve their goals, their destiny.
Sylvia: Is there a special place that you prefer when you write?
Gail: My favorite place to write is my home office.  My condo has an open floor plan.  I like to have my stereo in the living room on and listen to music as I write.  I love all types of music, but listen to classical because I love it but not enough to be distracted as I write.
Sylvia: Yes, what a calm and comfortable way to write. I like that!
Gail, I am interested in knowing what your POWER WORD is?  A power word is a word that has great effect to the person hearing or reading it. My power word is EMPOWER!
In fact, I created a weekly program called, POWER UP and each week my group discover and discuss a specific POWER WORD as it relates to our lives. I provide audio and handouts as well.
Gail: Sylvia, my power word is, ‘Persistence’
Sylvia: Persistence, yes, I can see that!
Gail, again, it has been an honor to meet and interview you. Thank you for your time.  Please share with my readers how they can purchase your book.
Delin: Thank you, Sylvia. I appreciate the opportunity as well.
Contact: 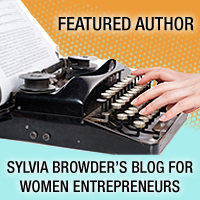