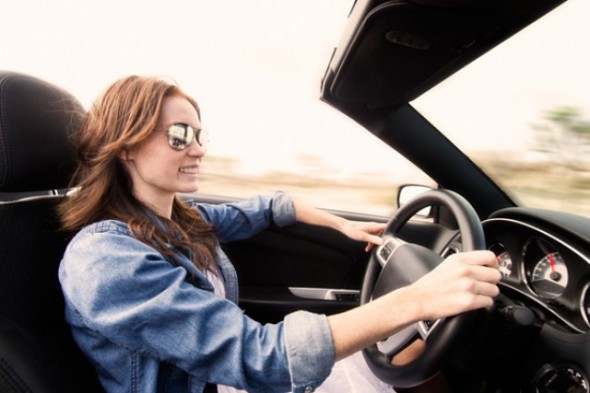 Think you’re an ace on the road? Not so fast. Even if you’ve never gotten so much as a parking ticket, you may have forgotten some traffic rules — and that could put you at risk for an accident.

Consider this: A 2011 study from GMAC Insurance found that 18 percent of American drivers (nearly one in five motorists) couldn’t pass a written drivers test if they took it today. Here are the most common — and dangerous — mistakes drivers make, plus tips on tuning up your driving smarts.

You multi-task while driving.

Inattentive driving is something of a national epidemic, thanks to rampant cell phone use behind the wheel. And there’s no denying its danger: Distracted driving is said to be the cause of up to 25 percent of crashes nationwide.

So when you rev up your car, power down your phone and iPad. “It’s not the time to read email or update your Facebook status,” says William Van Tassel, Ph.D., manager of Driver Training Operations for AAA in Orlando, Florida.

You don’t look far enough ahead on the road — or far enough to the side.

Yes, you should look at the back of the vehicle in front of you to respond quickly if necessary. But you also need to look at what’s going in front of thatvehicle — and regularly scan both the rear-view and side mirrors to find out what’s happening all around you. If vehicles are blocking a portion of your vision, assume something is there to be safe.

It’s crucial to have a cushion of space all around your vehicle in case you need to move quickly out of harm’s way. But only 25 percent of drivers in the GMAC study knew what a safe driving distance was.

“Stay three to four seconds behind the vehicle ahead of you, and one car-size space to the side,” Van Tassel advises. Reducing your speed a little bit will give you more room and help you avoid fender-benders.

You go straight in the left-turn lane.

Some drivers disregard the arrows and use turn lanes to speed up and pass traffic at intersections. For safety’s sake, stay in the center or right lanes if you’re not turning. “Other drivers coming at you want to use that space to turn left, and if you’re there, it could result in a head-on collision,” Van Tassel says.

You slow down or stop when entering a highway.

It’s easier to merge with other motorists if you’re driving up to their speed as you enter the expressway. You also risk getting hit from behind if you slow down, because the drivers behind you won’t expect it.

You drive too fast in bad weather.

In fog, rain, ice storms or snow, forget the speed limit signs and slow down to improve your visibility and traction.

“A simple adjustment in speed will give you time to respond to anything that suddenly pops up in front of you,” Van Tassel says. “The traction your tires have on a wet road is about 30 percent less than on a dry road. Reduce your speed by 30 percent to maintain the same level of safety.”

About Author: Cynthia Hanson is a journalist who writes for many national publications, including Ladies’ Home Journal, Parents and American Baby. She is a frequent contributor to Life & Beauty Weekly.