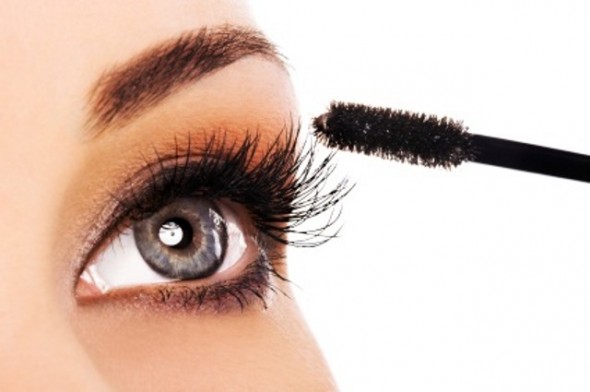 When I was young, I couldn’t wait to start wearing makeup. However, raised in a rather conservative household, it wasn’t until I was 16 that I could experience the thrill of mascara on my lashes.

But as much as I enjoy a dash of eyeliner and smoky granite eyeshadow, I understand that everyone doesn’t like to apply it before stepping out the door. So when I came across a recent study at Harvard, I was a little annoyed. Even frustrated, disappointed, and surprised at the results.

Nancy Etcoff, Ph.D., author of “Survival of the Prettiest: The Science of Beauty“, Assistant Clinical Professor at Harvard University and Associate Researcher at Massachusetts General Hospital Department of Psychiatry, conducted a study that looked at how women are perceived by others when they wear varying levels of makeup.

The bottom line – when women wore makeup, there were judged as more:

Wow. All that from a tiny jar of skin-toned cream or a pink shade of lipstick.

The Design of the Study

Participants in the study viewed photos of 25 women ranging in age 20 to 50 and from a variety of different ethnic backgrounds. In the first photo, each woman appeared without makeup. The next four photos showed the same woman in progressively more makeup, from light to heavy.

These levels were labeled Natural, Professional, Glamorous, and Sexy. Professional makeup artists created each look with the primary difference between them being a contrast between the lips and eyes.

One hundred forty-nine adults (including 61 men) judged the pictures for 250 milliseconds each, enough time to make a snap judgment. Then 119 different adults (including 30 men) were given unlimited time to look at the same faces. All participants saw the faces in a randomized sequence.

When participants were only given a quick glimpse of the photos, all four makeup levels were rated as more attractive, competent, likeable, and trustworthy than the photo without makeup.

When given an unlimited amount of time to view the photos, the Natural and Professional faces were judged higher in attractiveness, competence, likeability, and trust than the face without makeup.

Dr. Etcoff says, “For the first time, we have found that applying makeup has an effect beyond increasing attractiveness – it impacts first impressions and overall judgments of perceived likeability, trustworthiness, and competence…the results of the study have broad implications.”

Yes, it does. I believe this could have serious consequences for women as these subjective judgments impact performance reviews and 360-degree feedback evaluations. Those ratings can then affect subsequent high-profile assignments and promotions. And all of these are linked to salaries. I don’t want my next pay raise based on wearing makeup.

As an Industrial/Organizational Psychologist, executive coach, and leadership development consultant, I have mixed feelings when sharing this information with women. Obviously, I want my clients to advance and to use whatever appropriate strategies will help them to accomplish their goals. However, telling high-potential female leaders to apply makeup to get there seems so superficial. And though the study was conducted only with female faces, I’m pretty sure that men wearing makeup wouldn’t experience a similar perceived competence boost.

I have some concerns about the study as well. First and foremost, it was sponsored by Procter and Gamble, which sells cosmetics. So although the study seems to have been managed according to rigorous research standards, the sponsorship makes me uneasy.

Second, the findings showed variation in the ratings between 3.7 and 4.2 on the scale. This means the range is relatively limited to half a point on a 7-point scale. So although these differences were statistically significant (all p < .0001), they may not have as much impact in the workplace as I fear. Over the long term, I think it’s less important to wear lots of makeup than to do high-quality work.

So instead of fretting, I encourage my clients to think for themselves about what their goals are. What does success mean to them? Is it how we are judged at first glance based on our appearance? Or is it how we are perceived by our peers, or the people who know us well and invariably see us without makeup? Is it how well we connect with others and the sense of fulfillment we feel? How does wearing makeup influence the things that matter most?

About Author: Stefani Yorges has a passion for helping individuals realize their full potential. Her unique background as educator, consultant, and coach connects personal leadership potential to organizational performance. Her formal education is in the behavioral sciences, receiving her Ph.D. in Industrial/Organizational Psychology from Purdue University in 1996. She has been teaching in the I/O graduate program at West Chester University for 16 years. Her blog can be found at www.centerforpositiveleaders.com