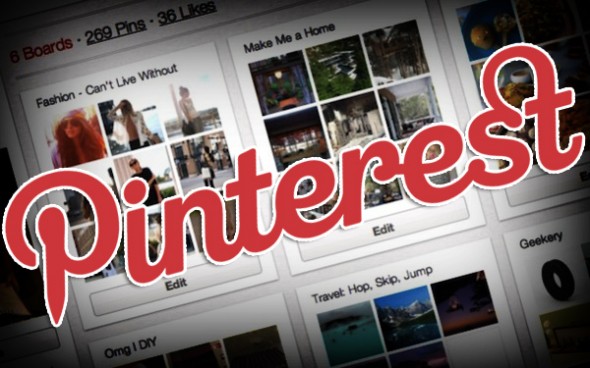 In an eMarketer Webinar this week the following statistics were shared,  courtesy of Vitrue, about Pinterest:

Launched in March 2010, by mid 2011 Pinterest showed a steadily rising growth  curve. Then, after being named one of the “50 Best Websites of 2011” by Time  Magazine in August 2011, its growth rate picked up significantly, in fact,  phenomenally!

How is it that this relative newcomer to the social networking scene  has achieved this kind of success in such a short period of time?

A quick look at Pinterest will give you your first clues!

According to an article on eCommerceBytes.com, “A Bizrate study found that  25% of respondents who were aware of image-sharing sites such as Pinterest made  a purchase through them. The top five categories purchased on Pinterest were:  Clothing & Apparel (39%); Jewelry, Handbags & Accessories (23%); Art,  Art Supplies & Hobbies (22%); Home, Garden & Pool/Spa (18%); and Health & Beauty (14%).”

While not all businesses may be suited to selling products directly on  Pinterest, most can with a bit of thought find a way to build their brand  recognition using this platform.

Whether you’re a blogger, a chiropractor, a news media outlet, a construction  company, a bakery, a make-up artist, a travel agent or a drug store, there are  ways to make Pinterest work for you. It’s all about sharing interesting or  thought provoking images that cause people to want to ‘pin’ what you are sharing  – and to follow you. And, like all social media, the best ways to engage your  target audience is by sharing valuable, interesting and/or helpful information  with them.

You still need to either request to join Pinterest or receive an invitation  from someone already on the site. If you’d like an invitation send me your email  address and I’ll arrange for an invite to be sent to you.

About Author: Sue Cockburn is the owner of 911SmalBiz, a social media and internet marketing  organization with a passion for helping small businesses increase their impact,  expand their market share and improve their bottom-line.