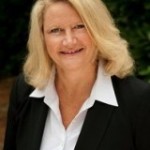 It is not surprising to see women in business holding key responsibilities as part of top management or some other senior positions. These women in business have shown competence and character that equal or even surpass those of their male counterparts. Businesswomen have gained entry into decision-making roles previously dominated by men and have proven themselves capable of getting the job done. There are even other women who built their own business empires and others who fundamentally reformed existing enterprises to adapt to the changing business landscape. Indeed, women play an important part in the success of many businesses.

But, despite their apparent abilities to lead and decide the direction of countless business enterprises, women face a unique set of challenges in doing their jobs. A great deal of these issues stem out from the traditional perceptions of women’s roles in society. Women in business also have to confront the challenges of staying and being productive in a setting originally established by men. Although these matters are steadily disappearing in modern businesses, a businesswoman still has to tackle them at one point or another in her professional career.

Among the prominent challenges that confront women in business at present are the old notions of women’s roles. Throughout the world, many cultures have traditionally limited the functions and responsibilities of women. These ideas have existed for centuries and are difficult to completely remove from the stream of consciousness of both men and women. In fact, these beliefs persist in many cultures and localities today. In some instances, a businesswoman meets this issue head on.

Another important factor that affects professional women in business to some degree is the fact that they are working in an environment and carrying out functions, which had been originally set up by men. In spite of the rapid transformations going on in the business world today, some business structures and systems still retain their masculine-oriented features. For instance, employees tend to find themselves in a continuing competitive struggle against one another. This sense of “competition” is, by nature, a male characteristic. Although women are able to equally compete, the feminine approach is naturally more cooperative instead of competitive.

The traditionally feminine responsibilities of tending to the home and family are also challenges modern women in business face. In addition to her professional duties, a businesswoman has to fulfill her role as a wife or a mother or both. These personal obligations impose an added burden and may even have disadvantageous effects on her career.

These are only a few of the challenges that women in business deal with everyday. Nonetheless, they are still able to do their jobs well despite of these concerns. Businesswomen, capable of handling these issues, are definitely movers and shakers of the business world.