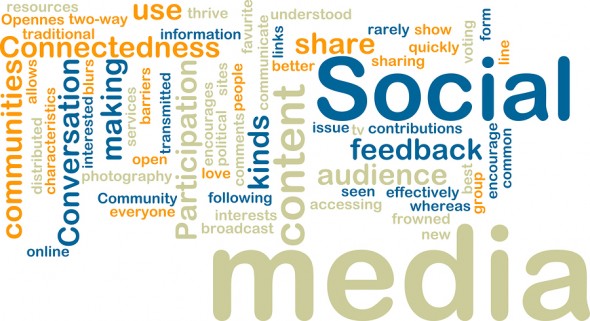 Over seven years ago we were introduced to Facebook and MySpace. Our digital lives got more complex as a result. These days, with the advent of Twitter, Quora, LinkedIn, and Pinterest, it can be a challenge to get through the day without a multitude of notifications, tweets, and emails. Figuring out where to spend your time in the social media universe is more of a challenge now than it ever has been.

Where Is Your Audience?

The first step is to determine your target demographics. Not only for conversion rate optimization, click through rate, and content generation, but also to understand where they “hang out” online. Most websites have users who don’t hang out on every single social media website. They typically choose one or two to interact with and ignore the rest. It’s your job to figure out which ones those are and target them. Time spent on the other social networks is going to be time wasted.

Even after you’ve found the crucial social networks that your audience resides on, you’re going to want to systematize and organize your social media activities. Many of us have multiple websites that we are working on, so even with just 1 or 2 networks per website it can still add up to quite a few tasks.

HootSuite is a great place to start if you’ve never attempted to organize your social media activities. It allows you to control multiple accounts from one main dashboard. You’ll be able to syndicate content out through multiple networks at the same time, cutting a lot of time out of your social media task list. Additionally, you’ll be able to monitor Twitter feeds, Facebook walls, and other social network feeds from one central location. You can’t imagine the amount of time this saves until you give it a shot!

It’s a misconception that the more hours they log behind the computer screen, the better your social media campaign will perform. This couldn’t be further from the truth. By adopting a minimalistic strategy for the networks you interact with and organizing those networks appropriately, you’ll be able to cut down on the time you spend by over 50%. On top of that, you will be as effective (if not more!) than when you were on every social network in a totally disorganized fashion.

About Author: Marcela De Vivo has been helping webmasters and small businesses for 12 years, sharing tips and resources for setting up SEO friendly sites, from choosing blogging platforms, hosts, to social media and email marketing strategies.  She currently writes for WhoIsHostingThis, a site with great tools for webmasters.