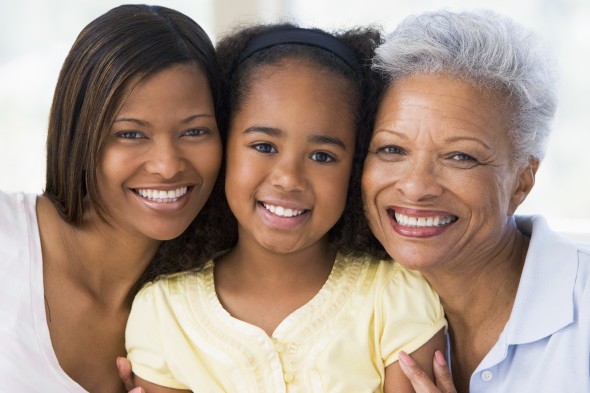 Before you continue, this article is not about the practice of religion,  asking Jesus into your heart, or finding salvation. Religion and spirituality  come from different perspectives. Religion, I believe, while concentrating on  the Deity of God also concentrates on denominations, rules, laws and rituals.  When I speak of spirituality, I encompass God, the Christ consciousness and  other ascended masters, arc angels, guardian angels and the belief that all  roads lead to God in love and in light. I believe spirituality allows you to  seek your own truth.

With that said, today I write from a place where I have been touched,  grieved, and have been left a little heavy in my heart. I am not depressed. I  have not lost sight of my vision or my goal of helping others find happiness,  healing, abundance and their God within. But, I do believe as a community  leader, activist, and advocate I have a grave responsibility.

It requires selflessness. It is a responsibility that goes beyond fame,  recognition and fortune. It does not require or request government funding and  grants to achieve. It requires a caring community to stand up and take its  rightful position. It requires unconditional love.

As you can tell from my photo, I am an African-American woman. I have been  all my life. I know that’s a ridiculous statement but be patient with me today.  I grew up in the South Bronx in New York City. It wasn’t the notorious south  Bronx when I was growing up; but, it wasn’t an easy place to live either. I had  to learn to fight early on as well as talk tough to keep others off my back. My  parents taught me very early if I didn’t want to fight, I better talk bad or run  even faster. If I ran, I’d run all my life. They also taught me I could do and  be anything I choose. That could go either way.

At that time, my community was predominantly a mixed community of African  Americans, Puerto Ricans, and Jews. It wasn’t by any means a surprise to walk  into a black person’s home and see their Bible on their coffee table or bed  stand. Neither was it strange to walk into my Puerto Rican neighbor’s home and  see a picture of Mary on the wall with candles burning brightly beneath it. On  Saturday, the Jewish Synagogue was filled.

Whether it was a christening, confirmation or bar mitzvah there was always  some type of celebration honoring one’s spiritual belief. We even had a neighbor  who held rather strange rituals up and down our hallway on the sixteenth floor.  She would burn incense, rattle bones and charms and speak in strange tongues.  She and her family were from the Caribbean. No one ever asked them to stop. And,  while everyone stayed in their apartment, peering from the peep hole while these  rituals occurred, everyone respected their belief. It was their  spiritual belief.

Interesting enough, all the children played together. The Blacks, Hispanics,  the Jews, Italians and even those from the Caribbean islands. In addition, each  of us, to some extent, held the fear of God, the fear of momma, and community in  our hearts. You see, it didn’t matter if you went to church on Saturday, Sunday  or not at all. It didn’t matter if you burned incense, read the Torah or the  Bible there was something deeper instilled in each and every child. No matter  where you went to get your spiritual boost at the end or the middle of the week,  if at all, it was all grounded in something greater than yourself. The spiritual  teachings we each received by example, somehow, instilled self-worth.

This is not to say some of us didn’t grow up with challenges in the  self-esteem area; but, somewhere inside, deep down, we knew we could find hope.  We knew if we turned inward, prayed-whatever our prayer or type of prayer, we’d  be all right. We’d be able to make it. We’d overcome. We didn’t have to pray out  loud. We didn’t pray in our classroom. We just knew if we needed to, we could  silently pray and there would be a connection and an answer.

Americans still believe so what has gone wrong?

Nine out of ten Americans still say “yes” when asked the basic question “Do  you believe in God?” In 1976, Gallup issued a poll asking Americans, “Do you  believe in God or a universal spirit?” At that time, 94% of Americans agreed.  The percentage stayed fairly steady through 1994. In a survey asking the same  question in May 2011, the percentage was at 91%. While it has decreased, the  percentage of believers is still high.

So then what has gone so terribly wrong with our youth? This past Tuesday, I  drove down from the beautiful Rockies to visit my eighty-nine year old mom in  the city. She needed to purchase a few household items and we decided to pop  into one of her smaller neighborhood stores versus dealing with the crowds at  the larger well-known supermarket.

Shortly after entering, five young males and one young girl, ranging between  the ages of twelve and fifteen entered laughing and talking boisterously. My  intuitive alarm went off. And while I am grateful for my intuitive voice, this  saddened me. These were only babes.

My mom and I continued to shop but my attention shifted to the young group  several times. As we prepared to stand in line to pay for the items, I saw one  of the young boys place an item under his shirt. When I got up to the cashier, I  whispered, “they’re stealing.”

The young man working seemed to know who I was talking about but never looked  in their direction. He never looked up for that matter. I then looked up in the  ceiling of the store seeing cameras thinking, “They’re busted. Someone from the  back will probably approach the group soon and the police will be called.”

Unfortunately, this made me even sadder. Calling the police, they’d be  ensnared in the juvenile system especially if their parents were poor. They’d  likely revolve in and out of the court & judicial system for a very long  time possibly never breaking free of its enslaving, debilitating grip. However,  I wanted them to be caught and jolted into walking the straight and narrow. Deep  inside I wanted them to be scared straight.

Here is what is even more saddening. My mother and I are respected leaders,  activist and advocates. However, while the thought crossed my mind of  approaching these characters, my instinct kept me from reacting. Was I ready for  a major confrontation by them and/or their parents? How many times, in today’s  society, has someone chastised a child only to be confronted, cursed or sued by  a parent? Would they have respect and stand down? And while I was willing to  take the risk for myself, I had my elderly mother with me. After all, the store  clerk seemed to want no part of it. Maybe this was usual. Maybe they had been  confronted before.

Afterward, my mom and I discussed what had occurred. We concluded if these  children really knew who they were: not African-Americans, not Hispanics, Asians  or any other American ethnicity, but if they knew they were truly somebody; if  they realized their self-worth; if they clearly understood they were the  significant, magnificence and marvelous creation made in the image and likeness  of God, they would not, could not act or behave the way they had that  afternoon.

Has our deprivation of spiritual truth allowed us to forget who we really are  leaving us ignorant, weak and powerless? Thereby, leaving our children  susceptible to failure, frail, and feeble pursuing a downward path void of love,  meaning, and hope?

I believe each and every person is God in the earth. We may not remember or  even care to remember but the God atom (Adam) abides within. I believe our  children come to teach us lessons. They come to us from spirit in pure energy,  light and love having left the divine presence of the All Mighty with their  purpose and truth at their forefront. Why then are so many at such young ages  losing their way? Why?

If you are a parent, I challenge you to stop right now and go into your  child’s room or call them on the cell phone you’ve purchased for their use. Tell  them these words:

“I love you unconditionally. You are made in the likeness and image of All  Mighty Divine Purpose and Power-God. You can do and be anything you  choose. You are divine light and divine creation. You are a king, or  You are a queen. You are Awesome.”

Go ahead. I dare you. It doesn’t matter your religion or your denomination.  This is what will happen. That child will first look at you in disbelief then  bewilderment. Then a sparkle will come into their eyes. They will be  reminded. They will remember. They will be changed forever! In a split  moment in an absolute twinkling of an eye! When you do this, feel free to let me  know what came up.

And even if their behavior doesn’t change for the better immediately, every  time they choose something that is not of their true nature tell them again.  Your words will eventually ring true and clear in their subconscious eventually  leading to positive and lasting change.

About Author: Pamela Chapman, aka Nissi Clark, is an author, spiritual teacher, and healer whose goal is simply teaching others how to transition into a triumphant, victorious, overcoming life in these challenging times. She uses radical, yet loving, out-of-the box tools as well as Spiritualism to bring healing, awakening, and manifestation to assist those who come. Her spiritual quest spans 22 years.

She founded and led the Community Involvement Committee, and sought philanthropic opportunities for her employer. This was when Chapman realized she truly had a passion for helping others and soon left her profit world for the nonprofit community. Serving four years as a case manager to residentially-challenged families, she mentored and coached hundreds of women and children resulting in their self-sufficiency, increased self-esteem, renewed hope and new beginnings. Chapman has facilitated numerous workshops in both California and Colorado. She conducts successful online services to include webinars tele-workshops, tele-trainings and FB videos. Some of her work is archived online.