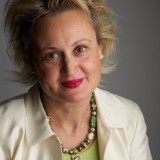 On Tuesday evening, January 18th, at New York City’s Cornell Club, Myron Kandel, one of the Founders of CNN, moderated a panel on which I sat, along with four other financial professionals. Our most vexing question: “Should Women Rule the Investment World?” I actually took the presumptive approach going into-and while on-the panel. I told my guests that the panel was called “Why Women Should Rule the (Investment) World.” Because all of the data points in that direction.

And, frankly, since most finance writers come from a journalism background-versus economics or finance-and have never held fiduciary responsibility for other people’s money, can anyone really trust that they deeply understand what’s going on? (NOTE: wonderfully gifted and talented and brilliant finance writers and talking heads DO exist, but they are few and far between. The good ones are usually REALLY good; most of the rest are not educated enough about finance to communicate its important lessons.)

Wall Street needs to be given a good shaking and turned upside down on its head. Its language needs to be creatively communicated so that every woman gets it. Most women don’t read much of the material on finance because it is as dull and dry as saw dust. Finance therefore appears to most women as overwhelming, complicated, confusing and…BORING.

No wonder we’re in trouble.

My participation on the panel included these talking points, plus more:

The first question you must answer is this: “Do you know what you own and why you own it?” As I mentioned that night, I ask this question to every client and prospective client. I have never met one who could answer both parts. We’re not talking about Monopoly money here. This is real money. Serious money. You better be able to answer this very simple question about your own money and investments or someone is sleeping at the switch.

The work on Personality Theory, upheld by the varied disciplines of philosophy, psychology, behavioral finance, psychoanalysis, psychometrics and neuroendocrinology, shows that different personality types “see” money differently. I am using this research in my upcoming book, What Color is Your Purse? to turn women on to finance. It is my goal to see women fascinated by money, to choose to study it, to ignite their imaginations and to fuel their inspirations.

The relatively new field of Neuroeconomics shows that “Animal Spirits” calls into question, or stresses, the Efficient Market Theory. It turns out: people do not use logic and reason to make investment decisions; they behave irrationally.

Should women rule the investment world? In many parts of the developing world, they certainly are. As Mark Monchek, a guest from the audience pointed out in the Q&A, almost all of microfinance is dedicated to women’s ventures. If money rules the world, and the hand that rocks the cradle runs the world, I would say it is fairly safe to presume that women are certainly getting there. But we need to get a grip on it. As a woman, you need to know who you are, where you are, where you want to be, and how money can help you get there. And in order to do all of that, you really have got to “get” money.

Panelists at the January 18, 2011 New York City Cornell Club’s Money: More Money Series event: “Should Women Rule the Investment World” included: Nancy Trejos (The Washington Post); Liz Pulliam Weston (called the most read personal finance columnist on the internet0; Muriel Siebert (the first woman to sit on the New York Stock Exchange and Founder of Muriel Siebert & Co., Inc.); Jason Zweig (The Wall Street Journal) and Carolina Fernandez (VP Investments, Source Capital Group and Founder of the “SheEO Network”). Myron Kandel, Moderator, is one of the nation’s best-known financial journalists. As one of the founders of CNN, he pioneered financial news on television and served as the network’s financial editor and economic commentator for 25 years. In 2000, he was named one of the 10 most influential financial journalists of the 20th century.

About Author: Carolina Fernandez works as a Registered Independent Advisor in Private Wealth Management. She holds the Series 7; Series 66 (63 and 65); Life, Accident and Health Insurance Licenses, including Long Term Care; and Alternative Investments and Guided Portfolio Management Certifications. She primarily works with Art & Entertainment Professionals and entrepreneurs in the creative communities. She holds her licenses with Source Capital Group, a boutique independent investment bank and brokerage headquartered in Westport, CT. Previously, she worked at Morgan Stanley Smith Barney, Merrill Lynch, and Dupree & Co., a municipal bond house in Lexington, Kentucky, where she cut her teeth in the industry in 1983 selling municipal bonds and government securities to institutional clients.