Sylvia: Welcome Merry. Please give our readers a brief introduction of yourself and a little about your book. 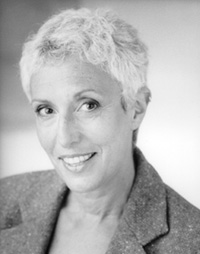 Merry: Hello Sylvia.  I’m Merry Jones. I write mysteries/thrillers, including the Harper Jennings series (Behind the Walls; Summer Session) and the Zoe Hayes series (The Nanny Murders; The River Killings; The Deadly Neighbors; The Borrowed and Blue Murders).  I’ve also written non-fiction and humor books; taught writing at the college level; and run an independent video and mufti-media business.

I live outside Philadelphia; have two daughters, a husband and a Corgi.  I’m also a member of The Philadelphia Liars Club; Mystery Writers of America; The Authors Guild and Sisters in Crime.  I’m originally from Skokie, IL, and an alumna of Cornell and University of Penn.

Merry:  Wow, that was back in 1991.  The book was non-fiction, STEPMOTHERS, and I was inspired by the frustrations of being one.  It’s based on interviews with dozens of women who married men with children, and tells of their efforts, adjustments and emotions, then compiles their advice for others.  I’d always wanted to write; that book and the difficulties of being in a blended family gave me an excuse to start.

Sylvia: Very interesting! There is an online magazine specifically for step mothers now. I discovered it last week. Is there a message in your novel that you want readers to grasp?

Merry:  All my books, whether mysteries or humor or non-fiction, deal with the unexpected.  I guess the message, if there is a consistent one in my work, is that, inevitably, unexpected events will occur.  Sooner or later, something will show up from nowhere and knock us off our feet.  In mysteries, it’s the crime. In the non-fiction books, it was the contrast between expectations and unforeseen reality.  But being prepared for change, being able to readjust and re-define roles and relationships, being able to change rhythm in the middle of a dance–those are the main messages. 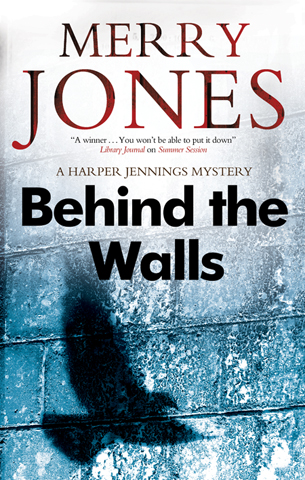 Sylvia: Aha, I like that advice.  I need to follow it. I write and then walk away for months at a time. One of these days!

What marketing techniques have you used to sell your books and which ones have been most successful?

Merry:  Not sure any have been completely successful.  But I do as much as I can: Interviews, readings and signings.  I have a web page, I tweet, and I do Facebook and have joined groups on Linked-In.  I do Goodreads giveaways and have author pages on a variety of other reader/author sites.  I attend conferences, sit on panels, and appear at book clubs and libraries and writers’ coffeehouses.  I send out a newsletter with occasional giveaways and contests.  Sometimes I blog, but not regularly–I’m busy writing books.  In short, I feel like I spend almost as much time/energy promoting as writing.

Merry:  It’s a fun read–all of them are.  My characters aren’t just there for the sake of telling a story.  They’re compelling.  And they have real-life problems and relationships to conduct, even while a mystery is unfolding.  Readers will, I think, relate to them and become caught up in finding out what’s coming next.

Merry:  Yes, my office, a cubby hole off the family room.  It’s got windows on two walls, sliding doors, and it backs up against the fire place.  Very cozy and private; yet not isolated!

Merry:  The next two books in the Harper Jennings series. In addition, I will write a standalone.

Sylvia: What is your POWER WORD?  My power word is EMPOWER)

Merry: BREATHE.  It helps me find my center and release distracting stuff.

Sylvia: What made you start writing mysteries?

Merry:  I began mysteries when my husband was sick with esophageal cancer, which is often deadly. The move from humor to mysteries wasn’t a conscious one, but it became clear to me later that I’d begun writing about fighting sinister dangers at a time when I had no power to overcome them in real life.  The cancer was the ultimate bad guy.  I vented some of my frustrations by having characters face peril, fight and destroy evil, and restore “normal” life at the end.  Writing was a way of taking control over life, even if only a fictional way.  (PS My husband recovered and is seven years cancer-free, spit spit spit.)

Sylvia: Wow, thank God for his recovery. I am glad that you found a way to escape which probably helped relieve a ton of stress!

This has been great! Thanks so much for your time. How do my readers contact you as well as buy your book?

Merry: Thanks for this opportunity!  My contact information is below.