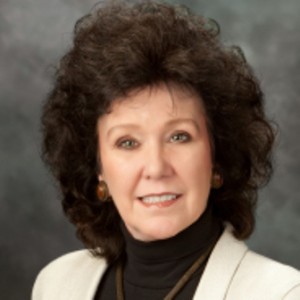 Christina Hamlett (http://www.authorhamlett.com) is an award-winning author, ghostwriter, media expert and professional script consultant (which means that she stops a lot of really bad movies from coming to theaters near you). Her credits to date include 30 books, 152 stage plays, 5 optioned feature films, and thousands of articles and interviews that appear in trade publications throughout the world. Her latest release, Media Magnetism: How to Attract the Favorable Publicity You Want and Deserve (http://www.mediamagnetism.org), is targeted to authors, artists, entrepreneurs, nonprofits and business owners that want to learn how to work more effectively with today’s media.

She holds a BA degree in Communications from California State University, Sacramento, with an emphasis on Audience Analysis and Message Design, a specialization that has enabled her to work in all aspects of media. A former feature writer and publisher spokeswoman for Vegas Essential Magazine, her feature interviews, articles and columns have appeared in Writer’s Digest, The Writer, Independent Publisher, Writers Journal, Screentalk, MovieMaker, The La Canada Outlook, The Pasadena Outlook, and Authorpreneur (Australia), and she is frequently tapped to be a contest judge for national and international playwriting and screenwriting competitions. She is a contracted ghostwriter with Indra PR in New York and is available to “ghost” novels, memoirs and scripts for stage and screen.

Her love of theater derives from 16 years spent onstage as both an actor and director. From 1978-1986, she also ran her own touring theater company, The Hamlett Players, which produced original one-act plays. She is a regular contributor of screenwriting lesson plans to School Video News, an online resource targeted to K-12 video arts educators. She teaches online classes in screenwriting, playwriting, and writing for TV through Wow! Women on Writing, and also mentors aspiring writers of all ages. In addition, she recently launched You Read It Here First (http://fromtheauthors.wordpress.com/) to showcase the talents of new and established authors in all genres, as well as The Biz Buzz (http://thefaceofbusiness.wordpress.com/) which features interviews from business owners around the globe.

She is married to insurance industry executive (and gourmet chef) Mark Webb, and the two of them reside in Pasadena, California with the world’s cutest dog, Lucy.