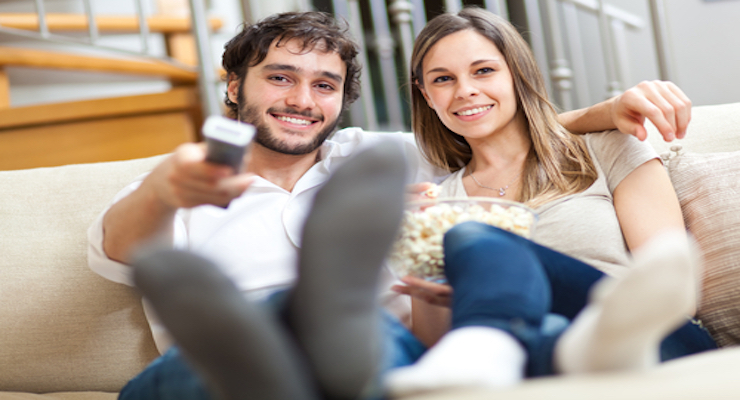 For advertisers and the entertainment industry, the Academy Awards is one of the biggest nights of the year. This year’s Oscars was the most-watched, non-sports broadcast, drawing over 34.3 million viewers, which was close to an all-time low, according to The Hollywood Reporter. Even though it didn’t draw as many viewers as in previous years, it still beat out all other non-sports telecasts, and for advertisers, such huge audiences represent a prime opportunity to showcase their best spots. By paying attention to which ads performed well and which ones didn’t. Small businesses can learn from Oscar commercials to apply to their own marketing efforts.

[tweetthis]#Smallbusinesses can learn from Oscar commercials & apply to their #marketing efforts.[/tweetthis]

The evening kicked off with an ad from Samsung, which has historically used the Academy Awards to promote its line of phones. In 2014, Samsung got a big product placement boost when it sponsored a selfie taken on a Galaxy Note 3 by host Ellen DeGeneres, which became the most retweeted tweet ever. This year Samsung planned a similar publicity stunt. The original plan was to have YouTube creator Casey Neistat, who has been helping promote Samsung’s Galaxy S7 and Gear 360, surprise the audience by riding down the aisle on a skateboard while he used a Gear 360 virtual reality camera to shoot a video of Leonardo DiCaprio on the way to accept his award for Best Actor. The plan got scrapped at the last minute, Neistat revealed, but he still managed to get some 360 Oscar footage to post to his Facebook page. Meanwhile, Samsung claimed the first ad slot of the evening, which was packed with celebrities such as Lil Wayne, Wesley Snipes, Doc Rivers and William H. Macy stepping in and out of virtual reality.

The fact that Samsung managed to get positive publicity from the Oscars, despite having its planned promotion get cancelled, illustrates the importance of running multiple ad campaigns instead of relying on just one.

Android also scored a hit at the Oscars with a humorous and meaningful ad featuring a personified rock, paper and scissors. The ad is done in an animated style reminiscent of old Gumby claymation cartoons. As “St. Elmo’s Fire” plays in the background, the ad begins with Paper entering his first day of school and being bullied by other paper schoolmates, until Scissors comes to his rescue. The pair become friends and Paper goes on to rescue Rock, who is in a similar predicament with two other rocks. As the ad ends, the three former enemies walk away friends as the screen shows the slogan, “Be together. Not the same.”

The spot generated strong buzz on social media, illustrating that a compelling story with humor and human interest can generate positive publicity, even if it doesn’t have an overt sales message.

Kohl’s generated buzz at the Oscars with its first series of ads since it replaced JCPenney as a retail sponsor. The ads centered around the theme of gratitude, showing different family members thanking each other with the voices of previous Oscars winners voiced over.

Social media users commented on how funny the ads were, demonstrating how humor can generate publicity.

The Girl Scouts came away as the biggest winner of the night, thanks to host Chris Rock, who took the initiative to invite them to the Awards. During the event, Rock set the stage by explaining that his hosting duties had kept him away from Girl Scout cookie season and he didn’t want his daughter to come in second at cookie sales. This gave him the opening to invite his audience to buy some cookies, followed up by a troop of Girl Scouts joining him on stage. The surprise sales pitch generated $65,243 in sales, without an advertising dollar spent. This was great! And as a former girl scout leader, I know how important cookie sales are for the girls and organization!

This serves as a lesson for marketers that free publicity often trumps advertising in effectiveness.