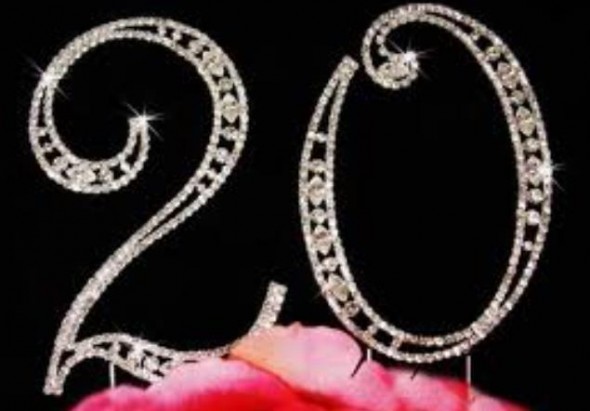 Many women view the first decade of adulthood as a fun-filled, lighthearted time full of new adventures, little responsibility and plenty of time to act like a grown up down the road.

Not so, says clinical psychologist Meg Jay, who calls the 20s the “most defining decade of adulthood.” Those ten years or so following high school aren’t just carefree, experimental times but are influential in (and even critical to) long-term success and happiness. In an interview with LinkedIn, Jay says that people simply don’t have as much time as they think they do, despite the fact that milestones like marriage, career fruition and family beginnings come later.

If you’re over the three-decade mark, don’t panic. Even if your regrets seem to only stand out in your mind, chances are you actually made a lot of good personal and career decisions in your 20s that will continue to benefit you later in life. And if you do identify areas of improvement, there’s still time to make changes that impact your future, no matter what birthday you celebrate this year. Don’t feel overwhelmed—instead, start with these three areas of focus:

Were you able to complete the higher education you wanted while in your 20s? Educational goals vary from person to person; for a small business entrepreneur, “enough” education may include an undergraduate degree and a few business courses. For women with corporate aspirations, earning an MBA or other advanced degree might be the ideal solution. In theory, the earlier educational milestones are achieved, the higher the lifetime earning potential. According to data from The National Bureau of Economic Research, around 70 percent of wage growth for a lifetime takes place during the first 10 years of a career, so one that starts earlier will earn the worker more cash in the long run. Don’t fret if you’re late to the classroom game, though. Data shows (do we have data to back up this claim, if so we need to include that) that women who go to college or take courses after first experiencing the workforce often have a better understanding of how to academically apply life lessons and they also tend to place a higher value on education. A stronger work ethic often means higher grades and more impressive academic credentials to show future employers or clients, which can also pay off in terms of earning potential.

Along with the basic financial goals, like learning to balance a budget, the cornerstone for other fiscal goals begin in a person’s 20s. Did you start saving for retirement? While many 20-somethings think that they have plenty of time to save for retirement, that decade is actually the best time to do it. A 25-year-old who saves just $600 per year will end up with the same amount ($72,000) at the age of 65 as a 45-year-old saving twice that much. The same theory applies to other major financial decisions like buying a home or paying down student loan debt. Even modest amounts over minimum payments add up over time, leading to more financial freedom faster. Women who put off retirement saving or major purchases past the 30-year mark need not panic, however. Fiscal responsibility is always a good thing, whenever implemented. Look for smart ways to invest based on your age and what you have to save or put towards debt.

Contrary to popular practices in earlier decades, today’s women are more likely to start a family after their 20s. A National Health Statistics Report found that the mean number of women who have a child between ages 40 to 44 is 2.1, while that number is only 1.3 for women ages 15 to 44, so it’s clear that many women are comfortable waiting a bit before starting families. For women who chose to begin their child bearing years in their 20s (or earlier), the health benefits to mom and child are higher, but the economic benefits are lower. Research shows that women lose about 90 percent of their eggs by the age of 30 and are more likely to face infertility and chromosomal problems after their 20s. On the other hand, more time to establish strong marriages and careers often leads to a better quality of life for the family as a whole. Bottom line: if you had your little ones in your 20s, you avoided potential chromosomal and fertility issues that statistically rise later on. If you are out of your 20s and your family days are still ahead of you, it’s not too late. And your advantage is that you’ll likely be able to provide your children with a better quality of life than you might have had you had children in your 20s

A look back on your 20s is a great way to assess where you are today. If you notice unmet goals or other areas of improvement, make a plan to accomplish what’s important to you. It’s never too late to change or start a new path (maybe even become an entrepreneur)—and rather than feeling panicked by what’s ahead, embrace a feeling of exhilaration as you take control of your life.