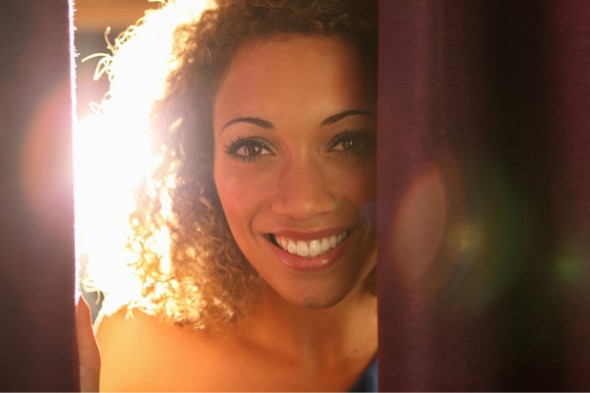 Bad habits aren’t limited to things like nail biting and procrastination. For women, one of the most common and insidious habits is being overly critical or judgmental of themselves. What’s worse, a pattern of self-criticism can become so ingrained, you might not even notice you’re doing it.

“It’s a huge issue for women,” says Alice Domar, who has a doctorate in health psychology and is the author of Be Happy Without Being Perfect. “We criticize ourselves from morning to night, and all that negative self-talk puts you at risk for depression, anxiety and low self-esteem.”

You can learn to silence your inner critic and become more accepting of yourself, however. Start with these strategies:

The first step is to recognize when you’re engaging in negative self-talk. Decide to spend a day tuned into your thoughts about yourself and jot down every comment. That night, count how many are negative.

Seeing in ink how many times you call yourself a bad mother or berate your lack of diet willpower helps you realize just how critical you’re being. “It’s a big wake-up call,” says Domar.

Now that you’re better tuned in, when you “hear” criticism, ask yourself four questions, says Domar: “Is this thought logical? Is it true? Does this thought contribute to my stress? Where did it come from?” In most cases, your answers will be, “No, it’s not logical or true. Yes, it stresses me out.” And the thought originally came from a former boss, a judgmental relative or a mean teacher you had in high school.

By paying attention to and dissecting the criticism in this way, you can better realize that the criticism isn’t valid. And that’s a crucial first step toward stopping it.

Comparing yourself to others doesn’t do anything but make you feel bad. It’s unfair and damaging to reprimand yourself because you’re not as thin as one friend or as organized as another. “There will always be someone who will exceed you in some part of life,” says Pauline Wallin, who has a doctorate in clinical psychology and has written Taming Your Inner Brat.

Instead, focus on what you do right. Recognize, for example, that you’re a great multitasker or can manage a complex project efficiently — and ignore that you’re not a pro networker like your colleague. You’ll feel better about yourself, which helps you succeed in the long run.

4. Look at the big picture.

So what if your house isn’t immaculate? Who cares that you lost your keys? Will beating yourself up change anything in the grand scheme of things?

It’s important not to get caught up in minor details. Instead, think about what’s really important: You may not spend time scrubbing your floors, but you do spend time with your kids, and they are healthy, well-adjusted and love you, for example.

5. Get a second opinion.

“People hold themselves to much higher standards than they do others,” says Domar. So when you start getting beat down, talk to a trusted friend to get a needed reality check.

Another’s voice will help you see things from an outsider’s more accepting perspective. She’ll help you realize all the things you’re doing well in your life and that nobody thinks you’re a bad mother, woman, employee — whatever! Your criticisms will soon seem as silly and unwarranted as they actually are.

6. Decide to stop being negative.

After a while, you will start to recognize when you’re about to be (or are being) too hard on yourself. When you do, stop yourself — literally, says Domar. Visualize a stop sign, take slow, deep breaths, then consciously make a choice not to be negative. Remember that you control your thoughts. It can be quite empowering to decide not to let them hurt you.

Getting in the habit of recognizing success can help overtake negativity. So at the end of each day, take stock of what you did well and write it in a journal or share it with your partner. “A lot of us have been brought up to think bragging is bad,” says Domar. “But if you’ve accomplished something, recognize and share the good news.”

Whether you gave a stellar presentation at work or helped your daughter create an A-plus art project, seeing accomplishments in writing or hearing them in your own voice helps you think of yourself more positively every day. This will evict the inner critic, and a kinder commentator will move in — one who treats you with the respect you’re so good at giving others.

About Author: Stacey Colino is a writer in Chevy Chase, MD. She has written for many national magazines, including Newsweek, Real Simple, Self, Woman’s Day, Parents, Cosmopolitan, and Glamour. She has previously contributed to Life & Beauty Weekly.