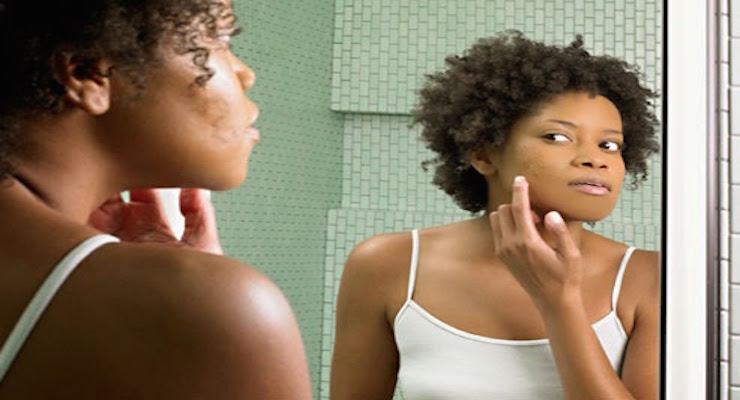 Acne can flare up for a lot of reasons. Hormones, bacteria, certain foods, a poor skin care routine – trying to find the solution to your acne can be like trying to solve a mystery. Sometimes, however, simply changing your diet can help. These 7 super foods are beneficial to the skin. They work to protect it, repair it, and reduce inflammation to get rid of acne and bring back a healthy complexion.

Most people take garlic for granted. They add it to their food to get a specific flavor, but there are other, acne-fighting reasons you might want to add a few cloves to your skillet. Studies show people who eat more garlic tend to have better immune systems. Having a strong immunity can help fight off bacteria, which often aggravates acne. But those aren’t the only benefits. Garlic also contains sulfur and other vitamins and minerals that help regulate sebum production and enrich your skin, so it heals faster.

If you want to know how to get rid of acne, fish might just be your secret weapon. Studies show people from countries that eat lots of fish usually have clearer skin, something the American diet is usually lacking in. Their acne-fighting benefits stem from the fatty acids they contain, especially omega-3. These fatty acids are usually considered to be anti-inflammatory. Why would that matter? Acne is noticeably puffy, red, and painful. That’s inflammation. Studies shows eating more omega-3s can reduce acne overall.

Like omega-3s, olive oil is an anti-inflammatory. In fact, according to an article in Current Pharmaceutical Design, a compound found in olive oil, oleocanthal, works like ibuprofen. However, olive oil isn’t just for the kitchen. It can be just as beneficial when you use it on your skin, rather than eating it. Unrefined olive oil doesn’t clog pores and has antibacterial effects while hydrating at the same time. Dab it on your face as a moisturizer or use it as a makeup remover.

This is another food, or drink in this case; that works inside and out. Green tea contains something called polyphenols, which are a type of antioxidant. According to the University of Maryland, they help prevent aging by fighting off free radicals. But that’s not all they’re good for. One specific polyphenol is a chemical called EGCG. This is an important chemical in reducing inflammation, and you can get it by brewing up a pot of tea or applying it directly to your skin to get rid of the puffy redness.

Acidic fruits like oranges, lemons, and grapefruits can help reduce acne. They are high in vitamin C, which plays an important role in your immune system. This can help battle any acne-causing bacteria. Even if you aren’t worried about bacteria, it can help improve your skin’s appearance in other ways. It is important for collagen production and acts as an antioxidant to protect skin from damage.

Oysters aren’t usually considered to fight acne, but they have a pretty powerful benefit. They’re very high in zinc. In fact, eating more than two oysters already exceeds the recommended daily value of zinc. Why would you want to get more zinc in your diet? Studies show people with acne tend to have lower levels of zinc in their blood. It’s not clear exactly how it works, but simply taking a supplement – or indulging in a few oysters – can reduce acne.

Did you know your gut is full of bacteria? Don’t worry – it’s a good thing. Although scientists are just starting to figure it out, bacteria in the gut seems to play an important role in many bodily functions. And, as it turns out, the healthy bacteria in your gut may also help keep your skin clear. Studies show taking a probiotic, like those found in most yogurts, reduces acne. In one study of 300 people, 80 percent saw an improvement! Not bad.

Eating these super foods will certainly help improve your skin and get rid of acne. However, sometimes diet isn’t the only factor that affects acne. If your acne stems from a hormonal imbalance or bacteria, you might need to do more than change your diet. Talk with your dermatologist about medication for acne or taking other supplements like Neuphoric Skin. Changing your diet is the first step to healthy skin, but sometimes, you need a little extra help to clear it up.

Also watch video on: 5 Foods That Prevent Acne Breakouts You Should Not Miss

Adonia Dennis (@adoniadennis), by profession a Health, Beauty and Skin Care adviser. She provides solution related to health and beauty problems. She is an independent researcher who researches for all type of skin related issues. She is a passionate blogger who loves to read latest lifestyle news and share her views on health, fitness and diet.