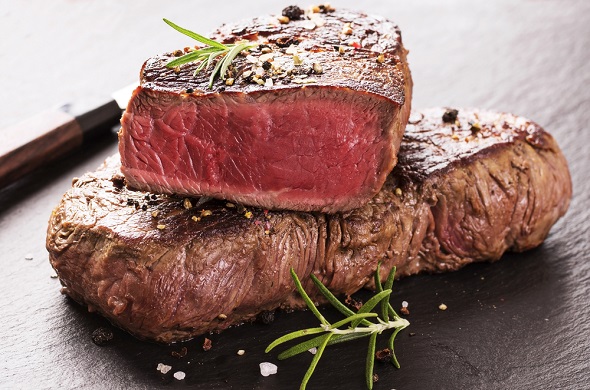 As our society has become more health conscious in recent years, the debates surrounding what’s good and bad for you seem exhausting and, at best, inconclusive.

In particular, when we’re talking about eating red meat, this seems to be an area of great debate. We’ve heard both sides and extremes; from those who believe red meat can kill on-the-spot and those who assume that consuming red meat doesn’t come with consequences at all.

Like most things in life, moderation is important, and there’s a fine line between the freedom to enjoy our food and the responsibility we have in maintaining our overall health– the same goes for our consumption of red meat.

So what is the truth, and where is that line?

Red meat has, in some cases, been linked to higher mortality rates, though the research isn’t clear of whether this increase is due to the high saturated fat, sodium and cholesterol content of red meat, or if it’s something inherent within the meat itself. When dealing with processed options, those numbers tend to get far worse.

On the positive side, lean red meat contains a lot of protein, zinc, iron and vitamin B12— all of which are critical when it comes to maintaining energy levels, rebuilding muscle and supporting your immune system.

Right away, it would be safe to assume that consuming lean, non-processed red meat is far better for you in terms of health, as it doesn’t not contain as much sodium, saturated fats and cholesterol compared to processed.

However, it is crucial to note that there still needs to be some moderation in the amount you can consume, regardless of where it comes from or how it’s made.

Let’s look at some of the other pros and cons:

Oleic acid is similar to the kind of fat that’s found in olive oil, which also plays a big role in helping to reduce cholesterol, and is found in leaner cuts of meat. The more fatty cuts, and most often the tastiest, have a higher content of stearic acid, which is responsible for high saturated fat content.

If you specifically stick to grass-fed beef, you’ll be getting a high amount of omega-3 fatty acids, which have a variety of health benefits, some of which can help to improve your mood and combat depression.

Also consider the benefit of the high concentration of protein, zinc, iron and vitamin B12 that were mentioned earlier. Because of all the essential nutrients red meat provides to the body, vegetarians will often be told by their doctor to include a multivitamin into their diet in order to avoid developing a vitamin deficiency– a common problem, particularly in those who are not accustomed to the vegetarian diet.

The main drawbacks come from the high amounts of saturated fat and cholesterol in red meat. In certain studies, those that consume red meat on a daily basis are at an increased risk for cancer and heart disease and therefore a higher mortality rate.

It is, however, possible to improve those odds by sticking to lean red meat that isn’t processed. Unfortunately, in many cases, this type of meat can be costly for most families.

On the other hand, organic white meat options are a little more affordable and commonplace.

In general, white meat, like chicken and certain parts of turkey, is far more lean and easier on the saturated fats compared to that of red meat. However, that does, of course, depend on the quality and cut of the meat itself.

Overall, choosing white meat over red is often a better option if you’re watching both your cholesterol and calorie intake. Additionally, you still get a high protein count when eating white meat, depending on portion size.

While there is certainly an argument to be made for both sides, our best option in dealing with the health issues surrounding red meat is to enjoy it in moderation.

The typical weekly recommendation is 18 ounces, which should be from lean cuts and grass-fed animals, while avoiding the processed options, like hamburgers, hot dogs and cold cuts.

People who can stick to that approach need not worry about red meat destroying their health.