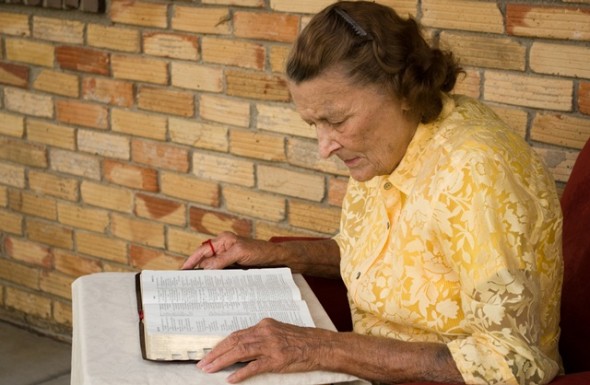 The neglect of private prayer is the locust which devours the strength of the church. Charles Spurgeon

A vital and powerful prayer life is something that many Christians neglect. We have seen how powerful it can be from firsthand experience and believe it is something we should do, but the kind of prayer that changes the hearts of people, churches, or cities usually takes a lot of time and energy.  The early church had much strength and power because they were sold out to God completely and wanted to do whatever it took to advance His Kingdom. That was their first priority because they had realized this was the most important thing.

Before Jesus came to teach them a new and better way, they had lived each day under a huge legalistic and religious burden; this new way of life was a breath of fresh air and light as a feather compared to what they had been used to. They embraced it completely and in the years that followed, their zeal about this new relationship with Christ enabled them to turn the world around them upside down for Him.

There have been several revivals that have been recorded in history as being so awesome that whole towns were so changed that bars had to close because they had no patrons.

Each of those revivals came about because of prolonged and intense prayer. I think Satan has very slyly and quietly convinced us that those were great revivals, but something like that couldn’t happen now. He desires to keep us so busy doing menial things that we won’t stop to realize that we have gotten our priorities all mixed up.

In robbing us of the priority and urgency of prayer, Satan knows that we won’t have the ability to be used by God in a mighty way. We can’t do supernatural things if we have no supernatural power.

If there has ever been a time we Christians need to be real and walk in the power of a supernatural God it is now.

The world around us is hungry, thirsty and seeking for something real by looking in all the wrong places; we have that “real thing” and there is no substitute for it anywhere else.

If your prayer life is not what it used to be or not what you would like it to be, ask the Holy Spirit to help you make it a priority in your everyday life. Let God make you a willing vessel that He can use in a mighty way to carry forth His work here on earth.

About Author: Cathy Deaton is the author of Handbook for Victorious Christian Living, practical ways for the Christian who is seeking God to learn to live in victory in every area of their life.  She has also written a book How To Deal With A Selfish Person that can be bought from her blog. God has changed her life more than she ever thought possible and she never wants to go back to the way she used to be.