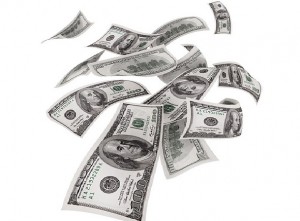 Praenumeration was an 18th century subscription service, popularized in Germany to fund book printing. Frequently cited as a precursor to present day crowdfunding, it fails to meet the definition and spirit of crowdfunding in the modern context.

However, Joseph Pulitzer, then publisher of the New York World, now known to us as the father of the Pulitzer Prize, actually started crowdfunding in the modern sense of the word. In 1884, the Statue of Liberty was waiting for its pedestal, but the private fund financing its construction ran out of money. Pulitzer pleaded to his paper’s readers for donations and more than $100 thousand was raised in 6 months, a considerable sum at the time, roughly the equivalent of $2.5 million in 2013 dollars.

After more than 100 years the Pulitzer’s concept was reborn as crowdfunding when U.S. fans of the British rock group “Marillion” collaborated to fund the band’s entire U.S. tour. Four years later the dotcom ArtistShare was founded, followed by Pledgie in 2006 and currently there are around 450 crowdfunding sites on the Internet raising money for a variety of causes in the spirit of Joseph Pulitzer.

Crowdfunding for the Startup—is our focus here. Budding entrepreneurs will be pleased to learn that there are a substantial percentage of these 450+ Internet sites raising capital for entrepreneurial endeavors.

Sites like such as KickStarter fund a wide range of projects. Sites like KickStarter are not exclusively for business startups, but such sites do demonstrate the potential of crowdfunding.

True equity financing has been hampered by the absence of government regulation. I know that sounds counter intuitive but it is true! Investors having an interest in funding a startup are keen to have some government regulations promulgated to protect, at least to the extent possible, the investment they make.

Progress is being made! On October 23rd, 2013, a bi-partisan group submitted 585 pages of proposed regulations to the Security and Exchange Commission (SEC) which would apply to equity crowdfunding.

Why Is this a Big Deal?

Basically there are two types of crowdfunding platforms. The most prevalent is the donation platform. In the donation model, a startup may receive an outright gift of money. This is great for the entrepreneur because he doesn’t have to give up any piece of his enterprise to the donor. All profits remain with the entrepreneur. The donor has no expectation of receiving a return. Such donors are simply excited by the concept and want to play a role in seeing it come to fruition.

Equity crowdfunding attracts a different breed of cat. These donors are not really donors at all. They are investors and, as such, expect to see a return; a piece of the action. One example of this type of platform is SeedInvest. This service has been reasonably well received by investors and entrepreneurs alike. It has raised just north of $65 million for entrepreneurs to date. However, the anticipated number of investors and their participation rate could soar dramatically if these SEC regulations are promulgated. Increased investor confidence would almost certainly translate to wider acceptance of equity crowdfunding and, of course, more investment.

This is very good news for the entrepreneurial community! A well regulated equity platform could attract many millions, perhaps billions of investment dollars.

Sites like KickStarter work well on behalf of many projects, but they are not geared to the true investor and it has enjoyed limited its success in that arena.

Sites similar to SeedInvest can bring entrepreneurs and investors together in a mutually profitable business relationship. These types of platforms are what the regulators will address.

Platforms that bring people together with a mutual interest are nothing new. For example, Invoice factoring companies such as CBAC Funding, brings businesses together with factoring firms for the purpose of cashing out their invoices and providing working capital to these businesses.

What is exciting about the equity investment platform is the enormous amount of private capital they can make available to startups and new businesses struggling with conventional financing options. The successful regulation of the equity crowdfunding industry is sure to be a boon to enterprise and ultimately to our economy.

There is a 90 day comment period on the proposed regulations, at the end of which we should see some action. While there are elements of the regulatory language that concerns equity platform operators, we can remain hopeful that a constructive dialogue will result in a useful and practical set of regulations. Regulations that give comfort to the investor and the necessary latitude those operators feel they require.

Currently, platform operators perform their own due diligence to separate the wheat from the chaff, rejecting many applicants for funding based upon the platform’s guidelines. This is likely to be the largest area of concern for a successful implementation.

Oddly, the government prefers that every enterprise is permitted to seek funding on the platform of its choosing and it opposes screening by the operators. Operators are concerned that this would give scammers free reign. The solution probably lies somewhere between the two extremes.

If you are an entrepreneur, circle May 14, 2013 on your calendar. It could be the red-letter day of your dreams!