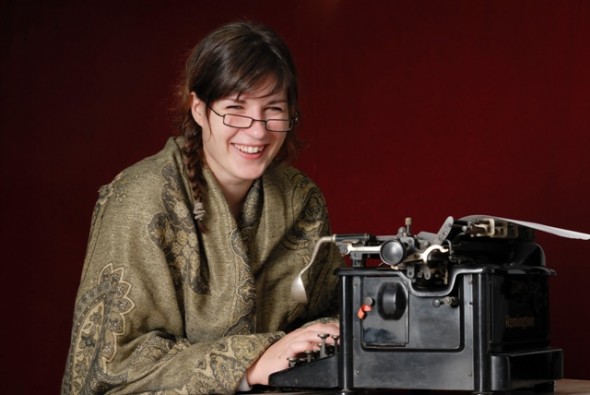 Hollywood is not looking for great writers

Whenever I make that statement in my screenwriting workshops, it always causes participants to scratch their heads. The assumption that being a great writer is a guarantee of success in any written medium doesn’t take into account either the mercurial nature of financing or the short attention spans of target audiences. With everyone seeking The Next Big Thing that will satisfy both of these elements, a writer with average abilities and yet one who understands the concepts of “catchy” and “filmable” has a much better chance of breaking in than the erudite wordsmith whose prose is worthy of a Pulitzer.

“Catchy” equates to what the industry calls “high-concept.” Essentially, high-concept ideas can be distilled into one defining sentence that tells you everything you need to know.

These mini-summations are then spun by the marketing departments into movie posters, promotions, and billboards. As you start to develop your own film idea, imagine what it would look like if you saw it advertised in the Sunday movie section of your local paper. Could you sum up its premise in just one sentence and make viewers want to go see it?

“Filmable” relates to the constraints of time, technology, and budget but also has application to the variant issue of whether the story line is primarily driven by action, dialogue, or imagination.

Many years ago when I served on the board of directors of a local access station, I was asked to judge a 10-minute script contest whereby selected winners would have three days to shoot their films locally using the studio’s equipment. One particularly ambitious entrant turned in an apocalyptic drama in which 4,000 Imperial storm troopers chase Elvis across the Tower Bridge just before the entire thing explodes into a fiery inferno.

Even if the script had been brilliantly written (which it seriously wasn’t), it was encumbered by elements that well exceeded time, space, and available resources. This is an important consideration to keep in mind if you’re pitching your project to independent producers with lots of heart but limited capital. In theory, they may love your story line but need to pass on it because it would be impossible for them to do it justice.

It’s critical to remember that this is a medium in which the most unique vision and storytelling approach must still conform to a standardized format. Your boundary-breaking plot must still resonate with the fundamental value system of the audience who will watch it. The thousands of films made every year throughout the world display a kaleidoscope of universes, themes, environments, characters, and relationships, but while you have all the colors you can imagine to create your script, you still have to color within a well-defined set of lines of format, plot, character development, and dialogue.

SIZZLE, STEAK, OR THE BEST OF BOTH?

Plots that rely heavily on special effects would seem to be a natural for the big screen. Even before the advent of CGI technology (computer generated imagery), producers were employing stop-action photography, miniaturized sets, and built-to-scale models to recreate primeval worlds, pirate battles on the open sea, and even King Kong taking swipes at airplanes from atop the Empire State Building.

While movies have become more visually stimulating, however, it often has been at the expense of plot and character. Pearl Harbor, for instance, had all the requisite you-are-there sight and sound explosions to simulate the horror of December 7, 1941, but fell short in delivering an empathetic love story that was compelling enough to justify its price tag and media hype.

Contrast this to 1965’s In Harm’s Way, in which the World War II Pacific theater battle scenes are pretty hokey by today’s standards but the character nuances, sexual tension, and dialogue still make it a watchable film.

Consider, as well, the original Star Wars released in 1977 versus any of its eye-popping ‘prequels’ about the life and times of Darth Vader. Somewhere in the passage of 25 years, the emphasis shifted from characters whom audiences could genuinely cheer (or hiss) about to an ensemble that largely wanders around as talking props against a high-tech backdrop.

As I always advise my students and clients, if you can strip away all the glitz and gizmos and your story still has something substantive to say to an audience, you’ve probably got yourself a solid plot. If, however, the glitz and gizmos are needed to hold your viewers’ attention, be forewarned that no amount of money in the world can save a limp story from going straight to Lodge.net and the bargain video bin within the first month of opening.

In the time of the ancient Greeks, the gist of their dramatic performances focused on man versus the gods. By Shakespeare’s era, stories about man versus other men gave royals and peasantry alike something tangible to relate to. By the turn of the 20th century, storytellers had found yet another mercurial enemy with whom man could wage battle; specifically, himself.

What do these three diverse venues have in common? The answer is conflict, the most critical ingredient in keeping audiences glued to their seats. In order to make that conflict credible, of course, you need to be able to identify which of your characters has the most persuasive voice to deliver it and how much he or she will be transformed by story’s end.

Stay tuned for Part 2, which examines “What Constitutes Conflict?”