Review of: The White Light of Grace: Reflections on the Life of a Spiritual Intuitive

There is a certain calmness I felt as I read Lillie’s first book, and this one is no different. Each chapter of “The White Light of Grace: Reflections on the Life of a Spiritual Intuitive,” was a glimpse into her life, and the many trials and tribulations she experienced along the way. Though each chapter of the book was well written and intense; there were two chapters that really stuck with me personally.

In “The Origins of Grace” she spoke of the loving relationship shared with her grandmother Situ (Arabic for Grandmother), who inspired her to believe… to have faith… and to pass the legacy on to the next generation. Lillie believed that this has been a blessing on her family to have these gifts. I was raised by my grandmother and thought about the foundation she laid for me growing up. She saved me and gave me a normal life. Her dedication, love and wisdom was the cornerstone in my life as a woman, wife, mother, and grandmother.

In “First Tour of Duty” she talked about the moment she was leaving to get into her partner’s patrol car, when her dad called her back to give her a pep talk. His words were powerful and full of meaning that would resonate throughout her life. I visualized what it must have felt like having a father who not only loved and prayed over his children, but gave them advice that would resonate throughout their lives. Since I have very little contact nor a relationship with my own father, I relished the words of wisdom Lillie’s father bestowed upon her. How I would’ve savored a bond like that with my own father.

As a Christian woman, I believe that not only are Angels are among us, but are messengers from God. This book is a must read if you are a believer of Angels and divine beings. 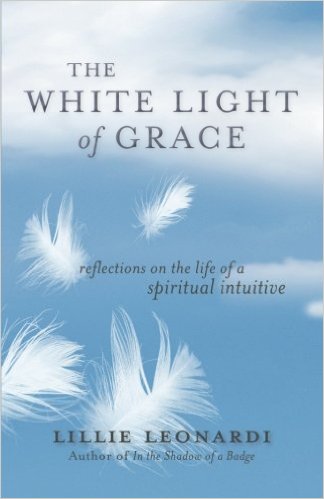 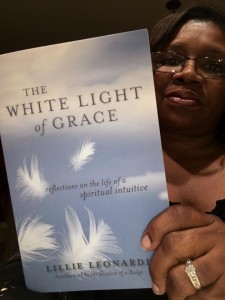 After serving for more than 25 years, Lillie Leonardi retired from law enforcement to pursue her lifetime passion for writing.

Her first non-fiction book about her experience as a responder on 9/11 entitled, In the Shadow of a Badge was released in 2013 with Hay House and sold over 30,000 copies globally. In February 2016, Lillie released her second book with Hay House titled, The White Light of Grace: Reflections on the Life of a Spiritual Intuitive. An eBook titled, Before I Go was released in 2016 through Amazon Kindle Publishing and was co-authored by Lillie with her eldest grandchild. She is also a regular contributor to The Huffington Post and Heal Your Life digital publications.

On 9/11 and in the post days of recovery, Lillie was utilized by the FBI to address law enforcement, government, and social service agency representatives assisting with evidence recovery and preparations for two memorial services at the Flight 93 crash site. She not only served as primary liaison to the United Airlines Humanitarian Response Team—presenting at daily briefings and interacting with surviving family members—but also escorted families to the crash site for the memorial services.

From 1998 to 2010, Lillie was employed by the Federal Bureau of Investigation (FBI), Pittsburgh Division as its Community Outreach Specialist. She also worked under the auspice of the United States Attorney’s Office, Western District of Pennsylvania, and served with a prestigious group of instructors. Lillie provided training on various subjects including: community policing, crime prevention, cultural competency, hate crimes, responding to a major incident, threat assessment, and violence reduction.

Prior to her career with the FBI, Lillie worked as the lead law enforcement officer on two college campuses in Pittsburgh, Pennsylvania. In 1984, she was appointed to serve as the first female police officer with the City of Arnold, Pennsylvania. In spring 2016, Lillie was an honoree at the Women of Achievement Awards, an annual event hosted by Allegheny County District Attorney Stephen A. Zappala, Jr. and his wife Mary Zappala in collaboration with the non-profit Cribs For Kids®.

[tweetthis]#BookReview “The White Light of Grace: Reflections on the Life…” #Spiritual @GaulfromLebanon[/tweetthis]