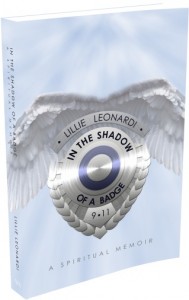 After serving for 25 years and as a result of medical issues related to her Post Traumatic Stress Disorder (PTSD) diagnosis, Lillie Leonardi retired from the law enforcement profession and now endeavors to pursue her lifetime passion for writing.

From 1998 to 2010, during her tenure with the FBI, Lillie’s primary focus and research related to the topic of violence prevention. She also worked under the auspice of the United States Attorney’s Office, Western District of Pennsylvania and served with a prestigious group of instructors who provided training on various subjects including: Community Policing, Crime Prevention, Cultural Diversity, Hate Crimes, Responding to a Major Incident, Threat Assessment and Violence Reduction Techniques, as well as other related topics.

During 9-11 and in the days that followed, Lillie was utilized by the FBI to address representatives from law enforcement, government and social service agencies assisting with evidence recovery and preparations for two Flight 93 memorial services. Moreover, she not only served as primary liaison to the United Airlines Humanitarian Response Team, presenting at daily briefings and interacting with surviving family members, but also escorted the families to the crash site location for the Flight 93 memorial services.

Post 9-11, Lillie was the contact representative for three other projects relating to Flight 93 presented by: Smithsonian Institute, Washington, DC; the Heinz History Museum, Pittsburgh, Pennsylvania; as well as the Flight 93 Oral History Project coordinated by the Department of Interior and based in Somerset, Pennsylvania.

Prior to her career with the FBI, Lillie worked as the lead law enforcement officer on two college campuses located in Pittsburgh, Pennsylvania. She was appointed the first female Chief of Police for Chatham University (1994) and the Director of Security for Carlow University (1992). In 1984, Lillie was appointed to serve as the first female police officer with the City of Arnold, Pennsylvania. While employed with the police department, she specialized in crimes against children investigations and crime prevention.

Riveting… Emotional… and Extremely Traumatic are words forever etched in my mind that describe the emotions felt that day and resurfacing as I sit curled on my couch with Lillie Leonardi’s book, “In the Shadow of a Badge: A Spiritual Memoir.”

She shares her experience as a first responder to the hijacked airliner that crashed in Shankville, PA on September 11, 2001.  An unimaginable and horrific event; a life altering change for all Americans and the world!

A former FBI employee that suffers from post-traumatic stress disorder, she attributes this condition to her role in the investigation of the terror attacks.

Leonardi describes her life as forever altered from that experience. The plot centers on her vision of angels at the crash site.  She first describes the thick smell of fuel, burning wood and smoldering pine. She thought back to all the cases she handled as a police officer but this was far the worst. She felt many emotions standing in the field and taking in the scene. It was then that she saw the shimmer of light on her left shoulder that grew into the angels that filled the crash scene.  Oddly, she did not see any of the lifeless bodies scattered in the field. She contends that her life has been changed more by what she didn’t see that day.

“When I look at people, I see their souls… I witness the internal source of their being, the external of the person. I see the purity which is derived from their sprit buried within the caverns of their body and connected to their mind.”

As I read, I caught my mind drifting back to that moment in time; a vivid painful memory. The gut wrenching pain in my stomach; extreme agony deep within!  Being 6 months pregnant, I grabbed my belly; protecting my unborn child.  I wept as many of us did!

Leonardi’s personal account is a very touching one. Through her experience, she has become an inspiration to others as a writer and speaker.  I highly recommend this memoir!