Sylvia: Hi Edie, it is such a pleasure to interview you.  Please give our readers a brief introduction of yourself and a little about your book. 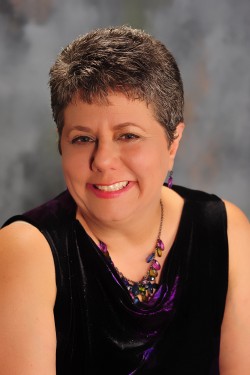 Edie: Hello Sylvia, I am Rev. Edie Weinstein, LSW.  My creative, career and spiritual paths have led me to become a writer, speaker, interfaith minister, reiki master, clown, greeting card text writer (for Kathy Davis Designs/Recycled Paper Greetings) and social worker. As a guide, I hold a mirror up to those with whom I work, so that they may see their own beauty and discover their own answers.

I am a graduate of the New Seminary in New York City and an ordained Interfaith Minister assigned to the staff of The Interfaith Temple. I earned a Bachelor of Arts Degree in Psychology from Glassboro State College (now Rowan University) in 1981 and a Master of Social Work Degree from Rutgers University in 1985. Since that time, I’ve worked with individuals, couples and families facing life challenges.

I’ve learned a great deal about healing as the adoptive parent of a special needs child and a care giving and bereaved spouse. Michael died on December 21, 1998 while awaiting a liver transplant. I also am a volunteer for The Gift of Life Donor Program, Gilda’s Club and Rubye’s Kids.

A free-lance journalist, my writing has been printed in publications such as New Visions, Holistic Living, The Doylestown Intelligencer, the Philadelphia Inquirer, YogaLiving, Wisdom, Mystic Pop and more!

Sylvia: Wow, you are such a multi-talented woman. I commend you! What inspired you to write your first book?

Edie: Thank you! I have been a journalist for more than 20 years and have written articles and conducted interviews for magazines and websites. I was also a magazine publisher from 1988-1998. For ages, people have been asking “When are going to write your book?”  I would smile and say “someday”. I had contributed to other people’s books over the years since it felt easier and emotionally safer. I had the same fears that many published authors have, that it wouldn’t be embraced and as a result, I wouldn’t be either. I call it the ‘funny looking baby syndrome.’ Most parents think that their child is the most beautiful one ever born and then they take him or her out in the stroller and folks pull back the blanket and are taken aback as they think “What a funny looking baby.”  I also felt that writing articles on deadline was simple, while writing an entire book was a daunting task. A friend suggested that I write each chapter as if it was a distinct article and when I had enough, then ta-da!  I would have a manuscript. Over a 2 year period, I came up with 60 chapters and then narrowed them down to 30, plus a bonus chapter which was the interview with the Dalai Lama. Two years later, I was dragging my feet and then my mother went into hospice. She told me that I needed to complete the book so she could read it. I told her that she would need to live a whole lot longer since I had more to do. I read her a few chapters and she told me that she would like them even if her daughter hadn’t written them, which was high praise. I sat by her bedside over a 7 month period as I typed my way through to the next to the last chapter. The final chapter, called “S’mores in Heaven” was written after she passed. The book is dedicated to my parents who were my most ardent cheerleaders.

Sylvia: Wow, what a heartwarming and touching story about your mother. She was your cheerleader those seven months it took to write your book. Is there a message in your novel that you want readers to grasp? 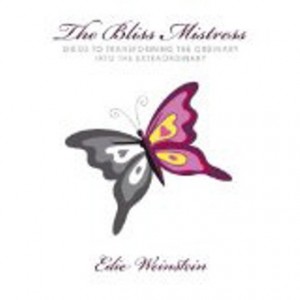 Edie: The book is non-fiction in the genre that I call “Chicken Soup for the Soul”; slice of life, observation of events that go on all around me all the time.  I would love for my readers to glean inspiration that will help them to live rich, full, juicy lives, letting go of the self-imposed limitations that may have kept them stuck in the muck and mire of worn out beliefs. I encourage them to take leaps of faith, designing the lives of their dreams and manifesting (like manna from heaven) their desires and deepest heart longings in all areas. It’s my contention that happy people are able to be a greater force for good in the world. I invite them to become active thrivers and not victims of their history and losses.

Edie: Write what you know and love. Be a keen observer of life, keeping all of your senses vibrant and attentive. Allow yourself to be inspired by people, events, your sleeping and waking dreams, everything you see, feel, hear, taste and touch. Let your writing write you. Don’t worry about word count. Does automatic writing which involves sitting down at a computer or with pen and paper and ask a question. From there, just let your thoughts flow freely without censoring or editing. You will be amazed by what you read when you are finished. Keep a journal. I’ve had one since I was in my teens. I still have some from college and read them with amazement. Read the work of others as well.  HAVE FUN!

Sylvia: Great advice! What marketing techniques have you used to sell your books and which ones have been most successful?

Edie: Word of mouth, posting on social media sites, asking for reviews of the book on Facebook and amazon.  I do book signing events that sometimes are part of workshops I facilitate.

Edie: It will change your life in positive ways that you can’t even imagine at the moment. It will inspire you to go from where you are to where you want to be. It’s fun, playful, insightful, spiritual, sensual, and colorful. It has something for everyone. I have had readers of all ages tell me how it has impacted their lives. Despite the title, it is for men too.

Edie: I can write anywhere…have laptop, will travel. I usually write in bed and sometimes at the dining room table and my office away from home, called The Zen Den in Doylestown, PA and on occasion Starbucks when I am on the road. Sometimes I write in silence and at other times, like now, I listen to music. At the moment, I’m listening to a YouTube video with Michael Franti and Matisyahu; spiritual rap, reggae and hip hop artists.

Sylvia: Ha Ha! I like the ‘have laptop will travel.’ What projects are you currently working on?

Edie: I am working on new articles, touring in support of the Bliss Book, co-facilitating workshops with musician friends, putting together a radio show.  I am going to be part of an on-line University this Fall; taught a 5 day retreat at Grail Springs in Bancroft, Ontario, Canada in November and have seeds planted for two more books. Always open to more writing and speaking gigs.

Sylvia: What is your POWER WORD? Why this word?

Edie: BLISS!  It conjures up smiles, gratitude, ease and grace for me and it is contagious. Is there anyone that you know who wouldn’t like to feel blissful?

Sylvia: Edie, this has been great. Such a pleasure to be in your company!  Thank you for your time. I enjoyed learning more about you and your book. Please let our readers know how to contact you.