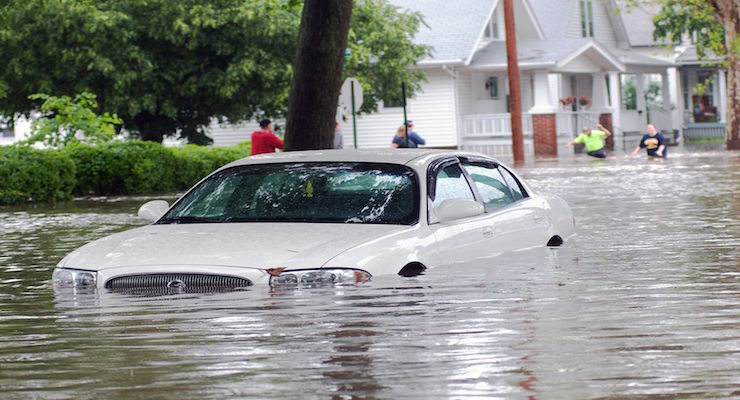 Tropical storms like hurricanes are devastating to families and communities. They also play a large toll on the economy in many ways. One case where flood damage can really hurt your pocketbook is if you get tricked into buying a car that was in a storm. Since up to 1 million vehicles were caught in hurricane Harvey alone, these cars are going to be prevalent in the U.S. car market for years to come. This is a quick guide to identify flood-damaged vehicles.

[tweetthis]Check out this quick guide to identify flood-damaged vehicles. [/tweetthis]

A smell of must or mold is one of the best signals that a vehicle has taken on too much water. Even if the auto hasn’t been in flood waters, a stale smell is usually telling that the previous owner didn’t treat the car particularly well. It’s likely that the scent is coming from a part of the car that can’t be cleaned or covered up by normal methods. Blast the air-conditioner so you can smell the circulating air. Don’t bother with a car that gives off a stale smell.

Look for Moisture in Lights

It’s very difficult to clean out the inside of headlights and taillights. If a vehicle has been through a flood, it’s likely that there will still be condensation stuck inside the exterior lights of the vehicle. This should be an immediate red flag for anyone buying a used car. Don’t let the seller convince you that this is normal.

A vehicle history report is probably the best place to start in determining if a car has suffered flood damage. There are a few options available to you for this. Carfax will give you a free flood title check. This won’t guarantee that the car hasn’t been through flooding—just that no damage has been reported on it. Paying for a full vehicle report can reveal more details about a car’s history, which is worthwhile if there’s any indication that the auto was in a flood. There are also some physical signs to look for that can tell if a car has suffered water damage. You will want to compare car insurance quotes as well before you purchase a vehicle. Preexisting damage can affect the price you will pay in the long run.

Rust underneath a vehicle is bad news even if it hasn’t been in a flood. A rusty underbelly can be symptomatic of flood damage if the level of rust just doesn’t make sense for a car of its age. Don’t trust a seller’s word if they say that the rust is just from normal wear. If something seems fishy about the situation, that’s your cue to look elsewhere.

See if Rubber Drain Plugs Have Been Moved

You probably didn’t know this, but there are drain plugs at the bottom of most vehicles. This is to let out water in the case of flooding. If it seems like these plugs have been taken off and put back on recently, you should probably just move on the next vehicle. There are few reasons anyone would go through the effort of removing these plugs unless it was to drain water.

Go to a Reliable Mechanic

The best way to know if a vehicle has suffered flood damage is to have a trusted mechanic take a look at it. They will have a lot more experience in identifying the typical signs of water than a typical consumer. Do yourself a favor and have an expert help you out before you buy a used car. Otherwise, you might end up paying for it later down the line.

The powerful storms of this hurricane season created a large pool of flood-damaged vehicles. It’s important you know the signs of water damage so you don’t unknowingly end up with one of these cars.