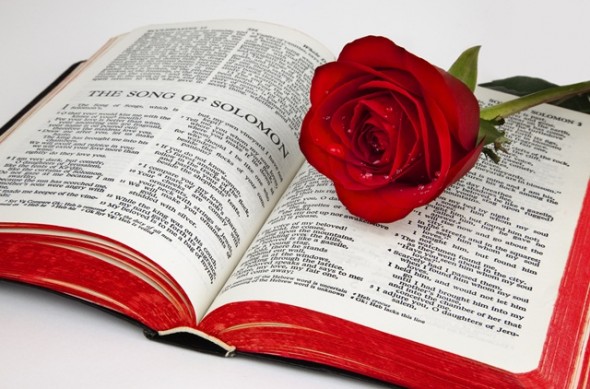 Christian women today have many women mentors and role models from Bible days on which to base their business and leadership ventures. The qualities and characteristics of these women from long ago provide patterns for running successful enterprises as well as for being involved in government, legal matters, community organizing and even military operations. Most of these women were married and some functioned from their homes. The activities of these women are often not discussed, leaving some of the best means of motivation and encouragement for contemporary women unknown. This article presents a brief background along with the qualities and skills of only 7 top Bible women in business and leadership who have lessons to share for today.

1. Rahab: Joshua 2:1-22; 6:17-25. Rahab was a businesswoman who ran a lodging place and provided for her family members. Often misrepresented as a prostitute, there is no evidence of this in the Bible. She became known for her willingness to take great risks to negotiate with new people for the protection of herself and her family. Running a lodging facility meant being able to manage a staff of workers, keep clients happy and serve the needs of people from all backgrounds. It also meant being misunderstood by those who didn’t understand this nontraditional business role for women. The leadership qualities and skills of Rahab included being industrious and wise, having a business plan, management abilities and negotiation skills.

2. Lydia:Acts 16:14-15, 40. Lydia was a well-known businesswoman who dyed and sold purple cloth. Royalty and the wealthy wore purple cloth. That meant she had a high end target market. Her business had to provide a consistent, high-quality product to meet the standards and needs of a wealthy clientele. She also had employees, which means her company provided jobs for people in her community. Lydia was an entrepreneur who probably would have had a corporate structure. She displayed qualities and skills that included organization management and growth, employee training and development, and strong target market skills.

3. Priscilla:Acts 18:1-3; 24-28. Priscilla worked alongside of her husband, Aquila, as partners in a tent making business out of their home. She was first mentioned as the mentor to the great Apollo who she helped mentor to preach with more direction and authority. She also traveled extensively in the capacity of evangelist. Her qualities and skills were in working in harmony in a business partnership, managing a home-based business, business development and growth, multi-tasking, coordination, human relations, and mentoring skills.

4. Huldah:2 Kings 22:14-20: 2 Chronicles 34:22-28. Huldah was a prominent prophetess and married woman who was sought out by the King’s Advisors for counsel about spiritual matters. Huldah was known for being honest, highly intelligent and a scholar of the Scriptures. The qualities and skills she shares with contemporary Christian women include being a strategist, teacher, strong communicator, life-long learner and a leader who advised others and made hard decisions.

5. Phoebe:Romans 16:1-2. Phoebe was a preacher who worked closely with the Apostle Paul. She was sent by Paul to teach and preach the gospel to the new believers in Rome. Paul strongly urged the believers there to accept her preaching and to support her while in Rome. Phoebe understood the right time to approach others with new ideas and came with the proper introductions. She went to Rome as an evangelist and some believe as a deaconess. The qualities and skills presented by Phoebe are project manager, evangelist of new ideas, teacher, preacher, and collaborator.

6. Deborah:Judges 4 – 5. Deborah was the first woman to be a judge over a nation. She was willing to take on necessary hard tasks that others would not do. Through her leadership the laws of the land were understood and she promoted ethical behavior through the law. Deborah led the Israelite army into a victorious battle in a particularly difficult war situation when her General refused to ride into battle without her. Deborah was a powerful law-maker with qualities and skills as an Army Commander, leader of large groups, decision-maker, motivator, judge, and political official.

7. Candace, Queen of the Ethiopians, Acts 8:27. The Candaces were female rulers of in the African nation of Ethiopia (also known in ancient times as Kush). Unlike Queens of some other African Nations of that time, the Queens of Kush, who were independent rulers, known as Candaces, a distinctive title that existed for 500 years. One Candace received the information about spiritual matters from her treasurer who was baptized by the Apostle Philip during a long journey on state matters. She was receptive of new and better ideas to benefit those she represented. These powerful women had qualities and skills of being national political leaders, rulers, and warriors. They were decision-makers, negotiators and goal-oriented.

Christian women in business have some fabulous role models from Bible women for doing business and being a leader in these contemporary times. The few examples given in this article only provide highlights to the types of activities women had as spiritual and church leaders. These women were ministers, servant leaders, organizers, motivators, and persuaders. They used effective communication skills, organized church events, meetings and services. Knowing their lessons can inspire women even in these modern times to reach higher goals.

Consuelo Meux, PhD., is the Founder and President of the National Association of Christian Women in Business (NACWIB). Join a community of Christian business women and get support and encouragement from a Biblical perspective while building your successful business. Sign up for the mailing list and have instant access to a Business Plan Template and motivational report at http://www.cwibnews.com