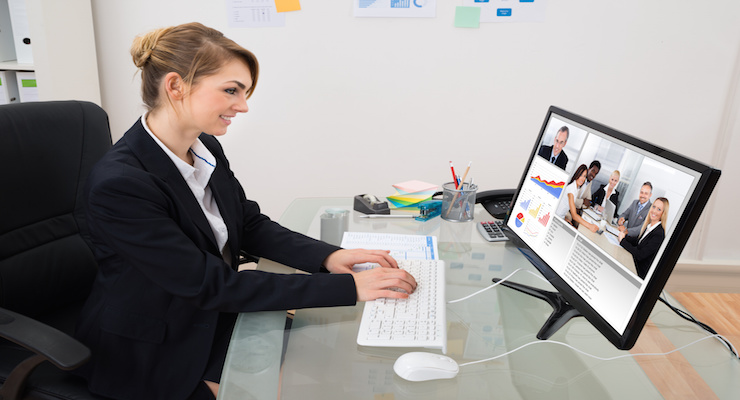 Despite the fact that many B2B operations and commercial sales operations are continuing to receive all of the attention for their innovation abilities and their strong standards of communication with customers, the fact is there are many other operations who do the same things and have the same creative ideas. Just thinking about the power of technology with something such as video conferencing, you are able to see how creative the world has become thanks to the power of new and exciting communication capabilities.

The days of broadcasting in studios will continue to be the norm for at least a while, but thanks to the recent popularity of things such as YouTube and Snapchat (among others), the chance for anyone to be able to broadcast on the go is becoming more and more popular. From a business perspective, this is amazing because you can now join meetings and communicate with others whether you are walking down the street, sitting in the backseat of a taxi, or even if you are in an airplane several miles high in the sky. However, from the point of view of marketing, you will literally start to see people who are broadcasting their ideas, thoughts, and points of view live right from the environment that they wish to be in. It used to be limited to just news sources. However, with live broadcasting, anyone can market their brand by having the real thing right there.

According to Velvet Chainsaw Consulting, you can see just how powerful authenticity in communication is for young people. Thinking about the current generation of individuals, you will see that they no doubt are in love with seeing things happening live. They may have grown up knowing digital media and Photoshop among other software to edit with, but if you can give them the real thing, then they will be so much more likely to respond in a positive way. They want reality and not manufactured environments. Video conferencing on the go is one of the best ways to market to them in real time.

When you think about the major announcements of certain products, there is a tremendous amount of buzz that hits the air. Throw in the fact that you already have audiences who are more than willing to see any and all of the details, and you do have a recipe for success. Thinking about things like new fashion lines, video game conferences, or even the power of automobile showcases, and you will be able to see just how many individuals could benefit from the video townhall events that a platform can BlueJeans can provide. Not only will people literally come out of the woodwork to watch any and all of these conferences as they happen live, but you will also be able to have more people tune in and want to see all of the hype that happens at the conference itself. When it comes to tremendous levels of marketing, as long as you can take brand new products and get them directly in front of the consumer, you can generate a considerable amount of buzz in a short period of time.

When you start to look at the actual demographics of individuals in the youngest few bands, there are more than enough people who are younger who are preparing to start voting for the first time in the next few years. The benefit to this demographic is that not only can you hook them, but you don’t need gimmicks to be able to do it. They want authenticity, and they want to be able to see something that is real. That’s why instead of hosting expensive meetings, gigantic question and answer sessions, or even multiple hundreds of dollars per plate dinners, you can literally get through to them quickly and efficiently just by being able to speak to them as a person. Whether this strategy has been used by some to gain popularity in the most recent presidential election, or whether it is just about the smaller candidates, you can absolutely see just how popular the ability to market on a live scale is. Throw in all of the other grassroots strategies as listed by Connectivity and you can see why it makes sense to focus on the small scale and let marketing happen organically.

When you think about the idea of authenticity, what is truly more powerful than stepping in front of a web cam and simply speaking face to face with others? There is significant appeal in showing others that you are just like them, and as long as you continue to do what is genuine, you can win over a tremendous amount of the vote. That’s why having some marketing power in the form of video conferences can make a tremendous difference.

The ideas of using video conferencing to create brand new marketing measures has only continued to grow and expand in recent times. That is why when you think about all of the possibilities, you should definitely see the potential to move forward with video conferencing regardless of what line of work you may be in or what sector you are a part of.