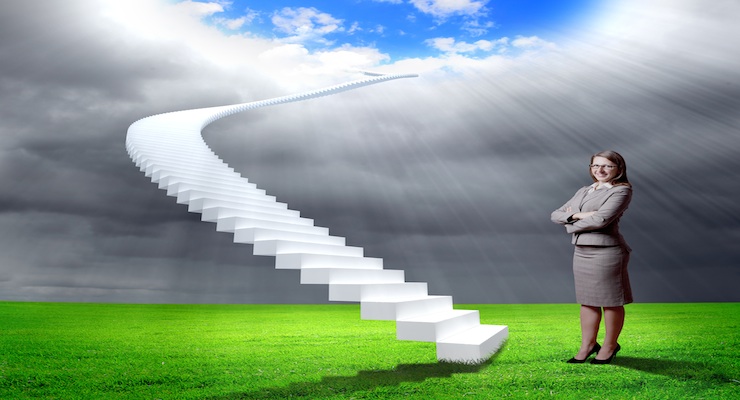 Entrepreneurship is in the news more than ever before. Startup culture is at the forefront of our attention, and we’re constantly hearing about new companies or innovative young professionals succeeding in all kinds of ways. And within this trend, women have gained an unprecedented level of success in business.

That by no means to suggest that we’ve achieved gender equality in the professional world. Unfortunately, there is still some ground to cover in that effort. But specifically on the entrepreneurship front, it’s becoming clearer each year that women can find just as much success as their male counterparts. These three women are emphasizing that fact in 2015.

For those who pay attention to young female entrepreneurs, the name Brit Morin will be familiar. Morin has been a resounding success for a few years now, having moved on from a young career in Silicon Valley tech companies to become something of a life and style guru. Often referred to as Silicon Valley’s Martha Stewart, or a Martha Stewart for millennials, Morin is best known for having founded Brit + Co., a DIY and how-to site that’s made her one of 2015’s most promising female entrepreneurs.

Brit + Co. has been around in various capacities for some time. However, the Brit + Co. shop that launched in 2014 has really taken Morin’s business to a new level as she works with numerous vendors to provide trendy products alongside DIY kits. And as if that’s not enough, Morin recently partnered with Crayola to launch a crowdsourced adult coloring book, capitalizing on the recent trend of adult coloring as a form of stress relief.

Leanne Kemp is the COO and Director of a rising company called Edgelogic. It’s taking bold steps to prevent crime in the diamond industry, which has historically been fraught with corruption and danger. The company is doing so by taking advantage of a technology that imitates, of all things, the blockchain that exists as a foundation for Bitcoin transactions. For those who may not be familiar with this technology, the blockchain is a general log of transactions where users can see all transactions that have ever taken place, or will ever take place with Bitcoins.

Edgelogic is applying the same concept to the diamond trade through its own “Blocktrace” technology. The system works by creating digital certificates stored in the blockchain and mapped onto diamonds. Thus whenever those diamonds come up in a transaction, buyers and sellers will theoretically be able to access the stones’ histories and know for sure if they’ve ever been the subject of controversy. It’s a very bold concept that will take time to implement, but the potential to stamp out one of the deadliest precious resource trades in the world is significant.

If the name Melissa Carbone sounds familiar, you may have seen her on ABC’s Shark Tank when she secured a $2 million investment from Mark Cuban for her company Ten Thirty One Productions. That’s certainly an unorthodox path to success, as most entrepreneurs don’t get the opportunity to present to a heavyweight of Cuban’s caliber. Nevertheless, Carbone was an inspiration in that her success showed the value of following your passion, even if it doesn’t make for a traditional business. Ten Thirty One Productions began as a Halloween hay ride and turned into a unique and theatrical horror experience. It’s now recognized as one of Shark Tank‘s fastest-growing companies.

Carbone is particularly relevant this year because she’s taken Cuban’s $2 million investment and used it to expand her brand to New York City, taking the first step in turning it into a nationwide business. Ten Thirty One Productions is not the sort of company that works naturally with a franchise model or anything similar, and the very fact that Carbone has managed to scale it is an inspiration.

In different ways and in completely different industries, these three women are exemplifying entrepreneurial spirit in 2015. And the exciting thing is, they’re only a few among many who are doing the same.