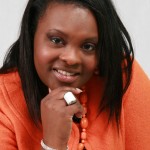 As her testimony of the fortitude she found through faith, Sharen Rooks authored What Happens When God Moves (ISBN 9781420830125) – a truly inspirational story about the life of a young woman and the many trials and tribulations she experiences over a decade. Her story is riveting and includes some really horrific circumstances that would break some of the strongest people down. Her story includes an incident of incest which results in pregnancy, the death of a child, brief incarceration, witnessing a shooting, almost becoming homeless, and losing her job. Through the grace of God, these adversities develop this young entrepreneur into a very successful businesswoman, motivational speaker, consultant, singer, actor, and author.

This true story should inspire others to never give up and keep the faith and to walk in the direction that the Lord is leading you in at all times. The book will also minister to couples facing rocky times in their marriage. The struggle comes before success! The story unfolds to reveal God’s true purpose for living in victory!

Sharen served as the Public Policy Speaker for National Association of Women Business Owners Memphis Chapter (NAWBO). Sharen also sits on the Board for New Day… New Way. She was listed in 50 Women Who Make A Difference (Memphis Women Magazine, July 2005.) President, of Ladies of Armor, Marketing Director, Tell It Speaker Services (TISS), Marketing Coordinator, Jumpstart Your Business Memphis and Marketing Coordinator Think Big Memphis 2012.
Sharen has appeared in two films: 100 Lives written and directed by Phil Wallace (2008) and N-Secure written by Julius Lewis and Christie Taylor (2008). She is featured in a recent issue of NuStyle Memphis magazine, which focuses on fashion, entertainment, and lifestyle. There, she discusses her book Handling Success with the One You Love, and shares tips for long-term success.

The Sharen Rooks Agency’s community activist division is focused on providing resources and support services for those affected by the legal system – specifically the incarcerated and their families. Sharen sheds light on the negative aspects of the judiciary system through media exposure and political voice. Sharen volunteers much of her time to education, outreach ministries, community activism for prisoners and causes such as the Muscular Dystrophy Association and Delta Sigma Theta, where she served as an honorary judge for the Mother of the Year 2005 competition.

Sharen, with husband Minister Kevin Rooks and their son Marquet, are faithful members of a local church in Cordova. Recently, a fashion line of rings was named Rooks Rings.